Diabetes is not necessarily the end of the road for an athlete. In fact, it could be the beginning of great achievements if properly managed.

Here are just 15 athletes with diabetes that have had successful careers despite having the condition:

For Gary, Swimming was a family sport. Following the footsteps of his father and grandfather, he represented the US in 1996 at the Olympics where he claimed 2 silver medals.

Shortly after, Gary was diagnosed with type 1 diabetes.

Though shocking, he went on to achieve an impressive feat in his career. He continued working out for up to 8 hours daily, while checking his blood sugar level at intervals.

He was crowned the world’s fastest swimmer in the 2000 Olympic games but he didn’t stop there. He impressed the world even further by acquiring 10 Olympic medals by the year 2008.

Hall retired from competitive swimming in the year 2008 and is now a member of the Juvenile Diabetes Research Foundation (JRDF). 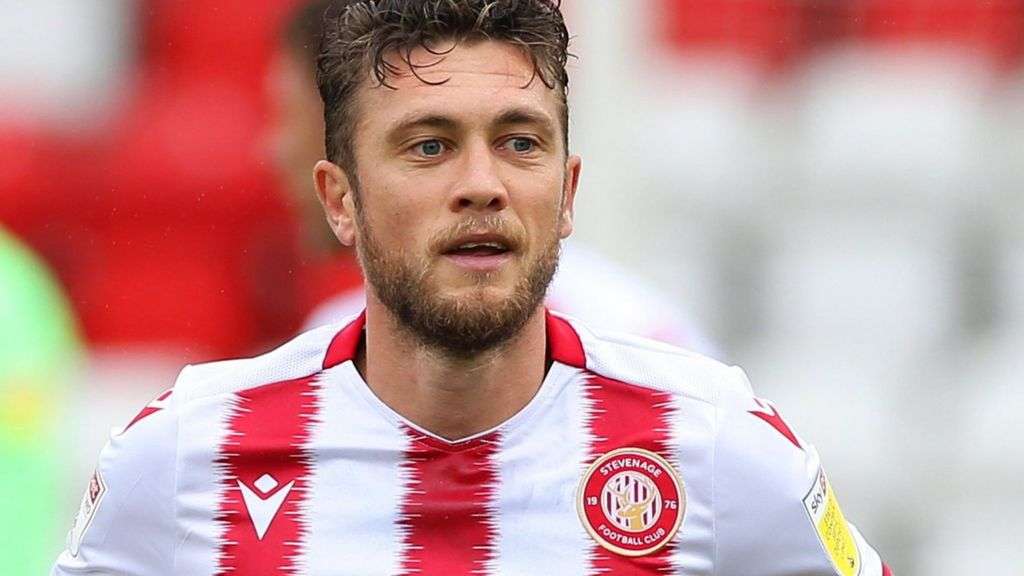 Ben Coker is an athlete who learned to manage diabetes during his football career. He currently plays for the League One club Southend United and has quite a number of achievements under his belt.

Coker was only 15 when he was diagnosed with type 1 diabetes. His first symptoms experienced were frequent thirst and frequent urination.

Sometime in 2018 while playing for Southend against Sunderland, he suffered a knee injury that prevented him from playing any more games in that season. Coker came back fully into the game in 2019 when he signed for Lincoln City.

Coker successfully learned to manage his blood sugar levels quickly. While playing football for about 12 hours weekly, he carefully balanced his carbohydrate with insulin intake and always kept an energy drink on him to prevent his blood sugar from being too low.

Soon, Coker switched from injection to using insulin pumps. He admitted that the changes brought him more flexibility while playing 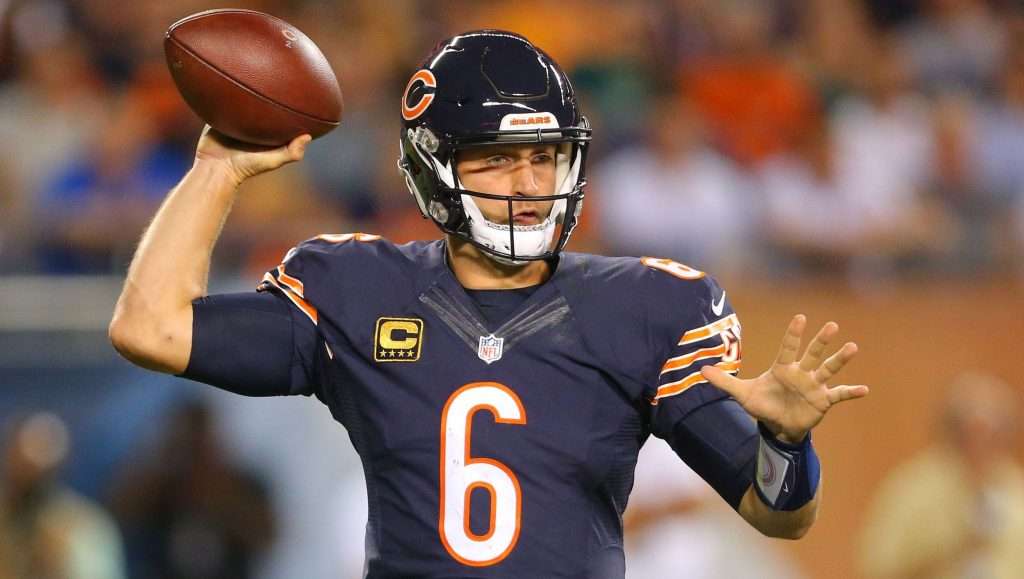 NFL quarterback Jay Cutler is another footballer who proved that anything is possible if you believe. He plays for the Chicago Bears at the time he was diagnosed with type 1 diabetes during his tenure at the Denver Broncos.

Cutler experienced drastic weight loss and fatigue but that didn’t stop him.

To better manage his condition, cutler adopted the use of an insulin pump. He then switched to using regular insulin injections instead in addition to blood glucose testing before, during, and after games.

Other measures he took for his diabetes management were cutting excessive carbs and sweets in his diet with eating more fruits and proteins.

Cutler now visits hospitals in the United States raising awareness about diabetes. He also teamed up with ELI Lilly in 2009 to campaign for a program that funds diabetic camp scholarships. 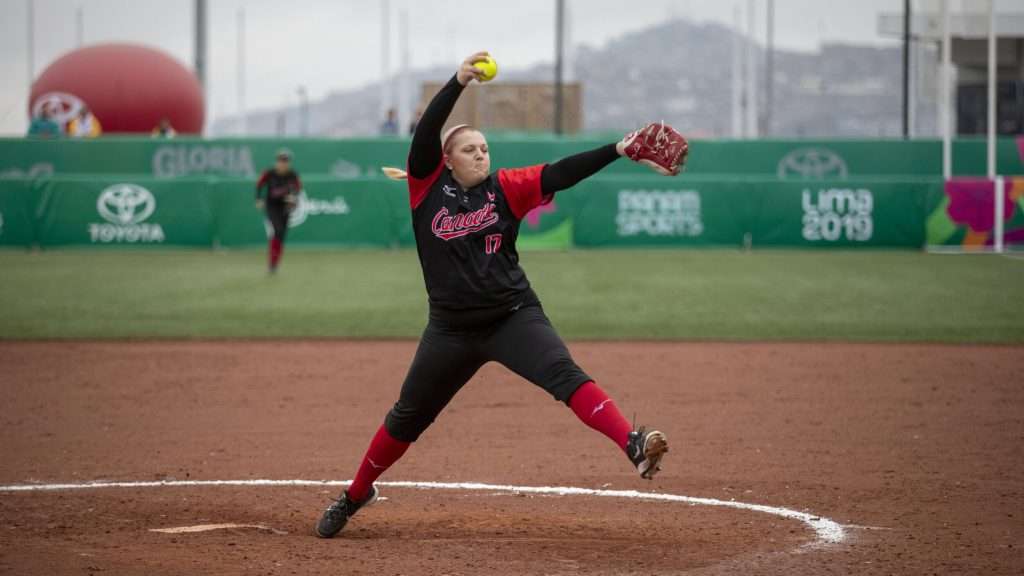 Groenewegen is a Canadian softball pitcher born on the 12th of April, 1995. She is a member of the Canadian women’s national softball team and has achieved has accomplished a lot from an early age which eventually led to helping Team Canada qualify for the Olympics.

The professional softball player was diagnosed with type 1 diabetes at the age of 9 and contracted Legionnaires’ disease later in her career. The combination of both diseases prevented her from training and kept her indoors for a period of time.

Sara eventually bounced back on her feet and was considered one of the best softball pitchers in Canada. 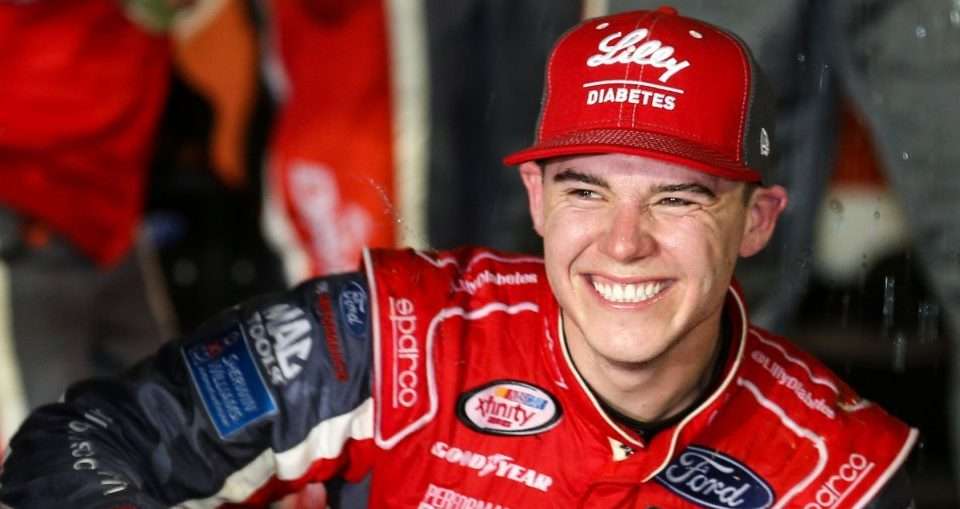 He was diagnosed with Type 1 diabetes at the age of 17. Just like several other athletes, he was told to give up racing. Despite the cynics, Ryan went on to become the first documented Type 1 diabetic to win a NASCAR top series race at Daytona.

While answering how he manages diabetes while racing, Ryan Reed says he keeps a Continuous Glucose Monitor with him in the race car and keeps his sugar level in check. 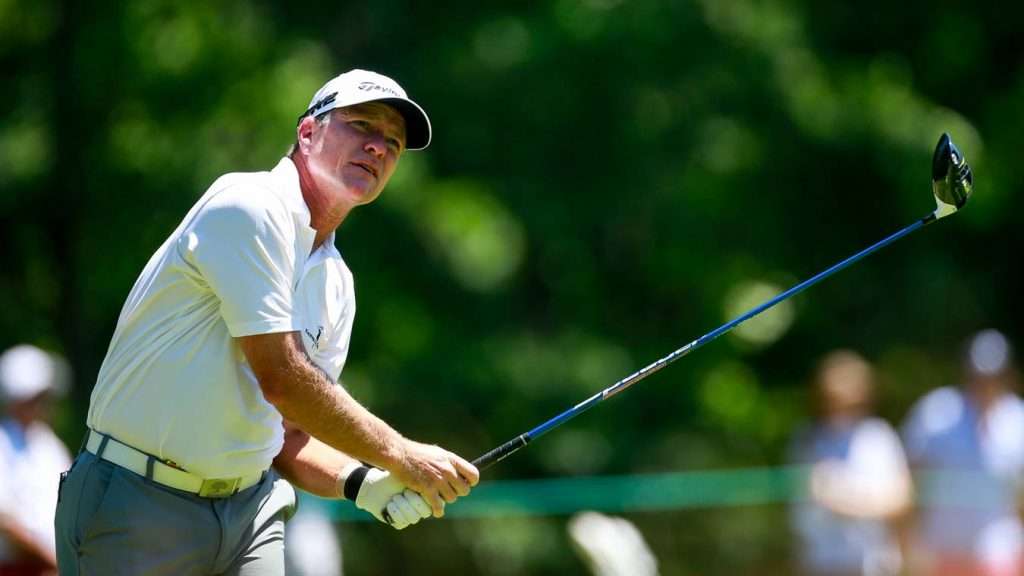 Scott Verplank has proven that it is possible to attain great heights in athletics even with a diabetic diagnosis. He has been a professional golfer since 1986 and has won a total of five PGA Tours.

The golfer went on to take 11th place in the World Golf Rankings and was also the 1st professional golfer to hit a hole-in-one in the Ryder Cup.

Verplank earned all of these achievements despite his trouble with type 1 diabetes. He was only 9 when he got his diagnosis. The young golfer lapsed into a coma as a result of the illness and missed school for a while. He started managing the ailment with the use of pork-based insulin – an old method of managing diabetes.

Currently, Verplank uses an insulin pump. When asked how he copes, he said testing his sugar level and adjusting his food and insulin intake when on the golf course have helped him immensely.

The professional golfer was presented the Ben Hogan Award which was given to him for his excellence in golf.

Just like a few other athletes, Verplank and his wife, Kim, set up the Verplank Foundation which today provides college funds for children with type 1 diabetes. 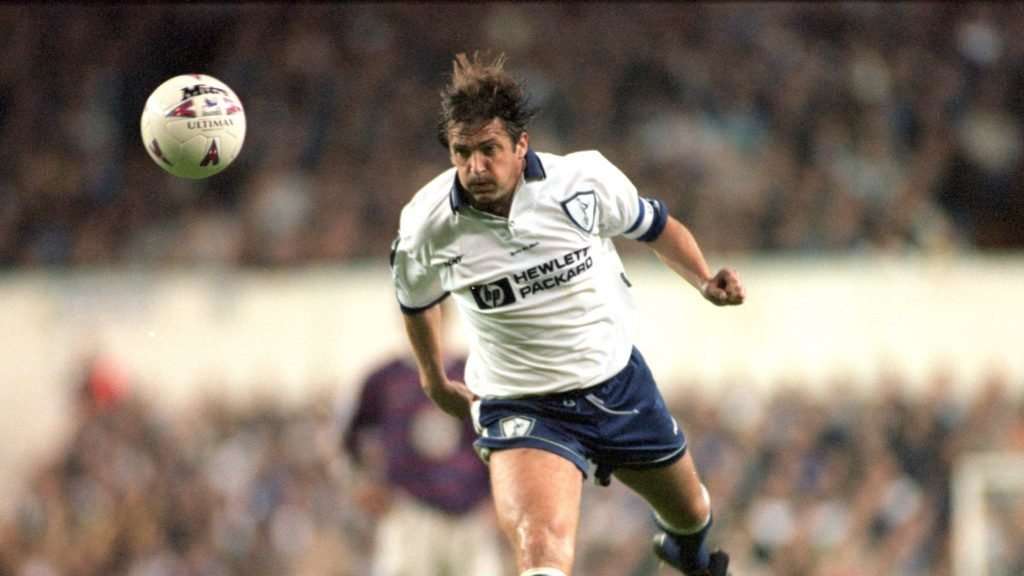 Born in 1961, Garry Mabbut started his football (soccer) career with the team Bristol Rovers. He then went on to join the Tottenham Hotspur first division team. Despite his diabetes diagnosis, he led his team to win the FA cup and got several awards while playing for his club.

The professional footballer was diagnosed at the age of 17 during the time he was playing for the Bristol Rovers after he began experiencing excessive thirst and intense fatigue.

This diagnosis did not in any way prevent him from playing for his country. In fact, it propelled him further into eventually becoming the first diabetic to play for England.

Mabbut is no longer just an athlete but a role model to those living with diabetes. 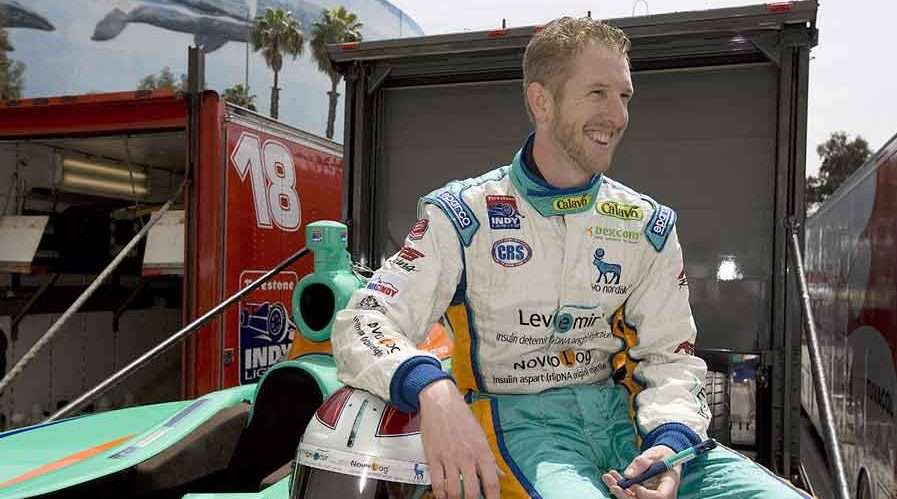 Charlie Kimball is an American race car driver who competes in the IndyCar Series. In  2005, Kimball became the first American to win the British F3 race.

While competing for the Italian Victory Engineering he was diagnosed with type 1 diabetes which forced the professional racer to put his career on pause.

Kimball quickly learned how to manage his blood sugar level and adopted an insulin regiment. He would wear a continuous glucose monitor which sends readings to a screen on his steering wheel. Kimball also leaves sugar in his car just in case his sugar level drops.

After his comeback, Kimball came second while racing in April 2008. He eventually went on to further win his first IndyCar race in 2013. The racer is now an ambassador for a Danish pharmaceutical company, Novo Nordisk. Charlie Kimball now serves as a role model to children living with diabetes. 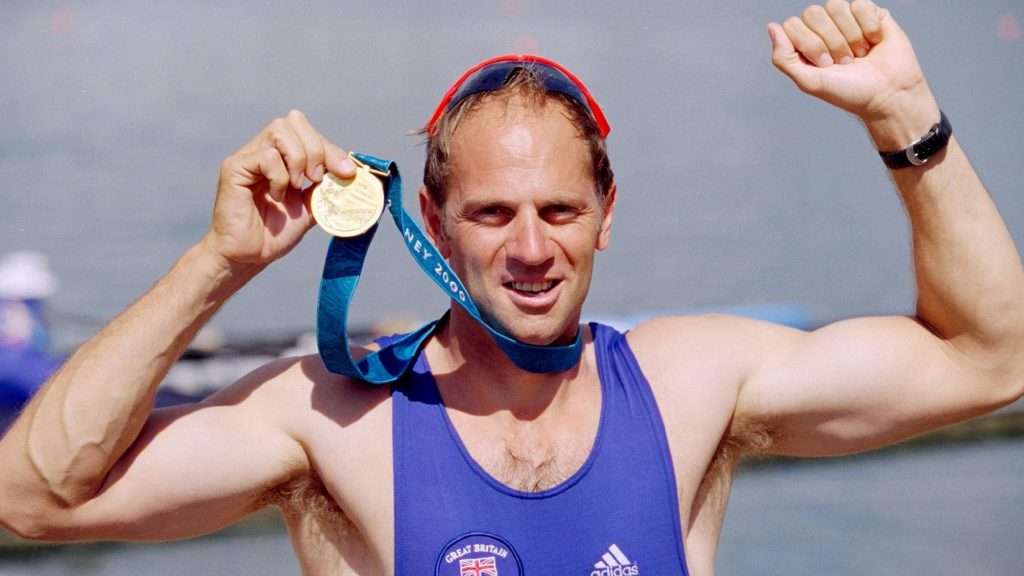 At 35, he was diagnosed with type 2 diabetes. It was just before he won his fifth gold medal at the Olympics where he quickly adopted a low-sugar diet based on the advice of his doctors.

Soon after, he went back to eating a high-calorie diet and using insulin injections after every meal.

Redgrave proved it was possible to be a winner even with diabetes by eventually earning his fifth Olympic gold medal.

While competing, Redgrave would have sugar with him at all times which helped stabilize his blood sugar levels.

Will Cross, is another famous athlete who made headlines for reaching the peak of his career despite having to deal with diabetes.

Cross got his diagnosis in 1976 at the age of 9 and was told he may not live to the age of thirty.

Despite what doctors said, Cross has climbed the highest peaks on all the 7 continents and has reached the north and south poles.  He has also led a team to several unexplored places like the Sahara Desert, the Thar Desert in India, Greenland, Patagonia, and the Mountains of the Moon (Africa) to name a few places.

He pulled off all of these feats while living with type 1 diabetes. The mountain climber experiences dehydration, harsh weather conditions, and other extreme conditions that a diabetic should never be exposed to. But he learned to monitor his glucose level and administer insulin.

With his achievements, Cross inspires everyone that it is possible to reach the highest heights despite what life throws at us. 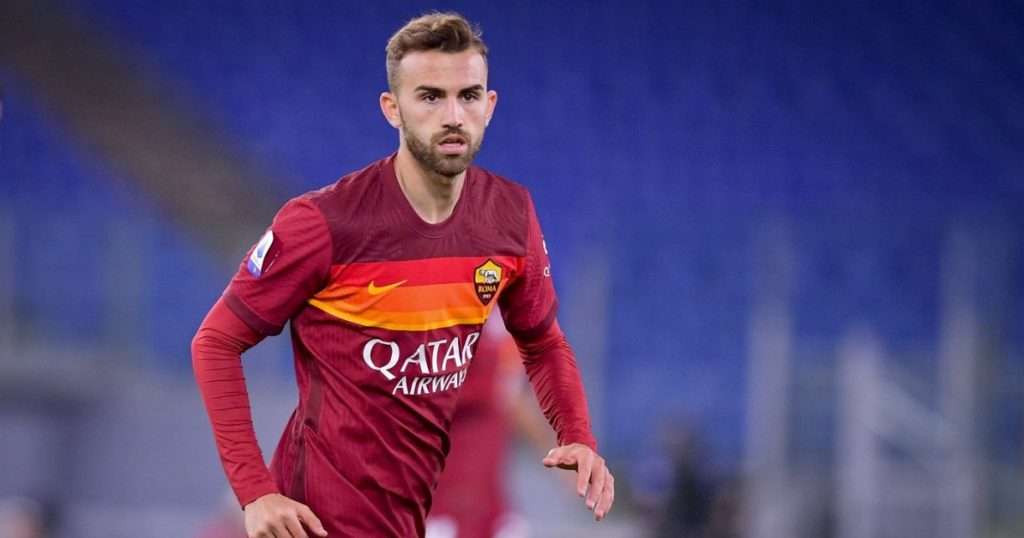 Mayoral is a Spanish football player who currently plays for Serie A football team Roma (on loan from Real Madrid football club).

He began his football career with the Real Madrid’s youth setup in 2007 and scored seven goals in the UEFA Youth League. The striker has also represented Spain up to Under 21 level.

Mayoral received his diagnosis at the age of 5 but like several other athletes, he learned to test his blood sugar level and manage it properly. 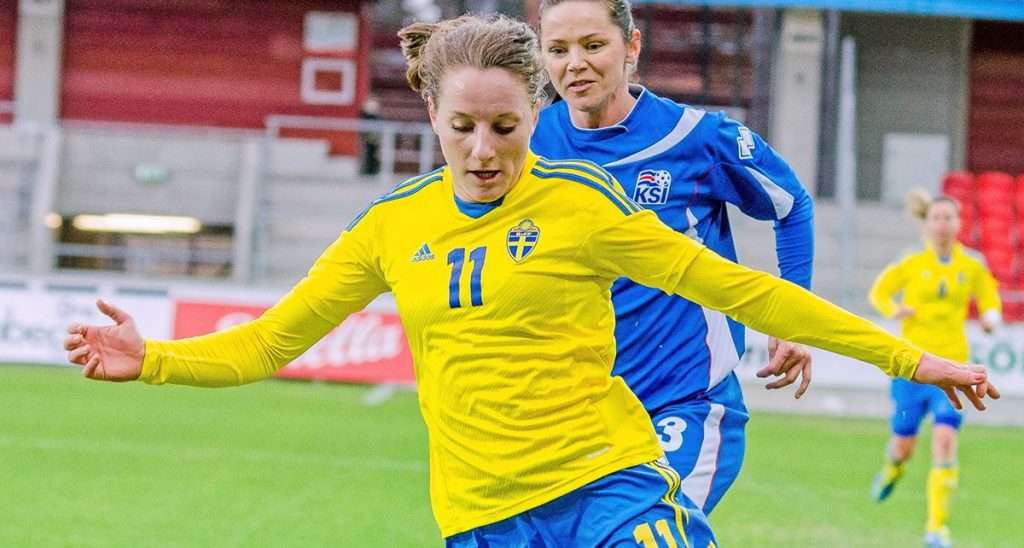