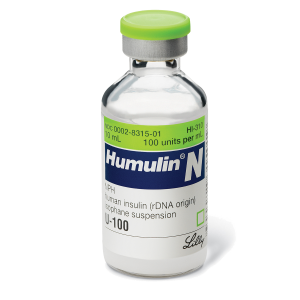 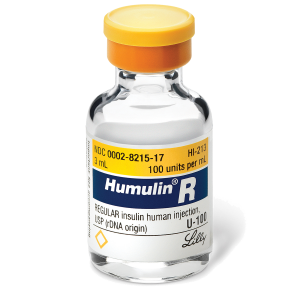 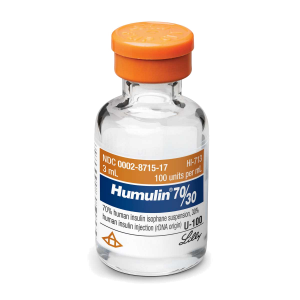 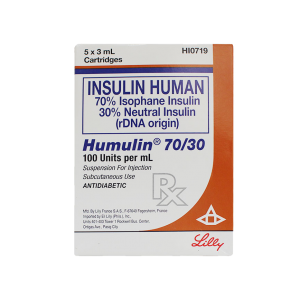 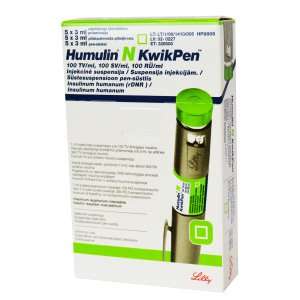 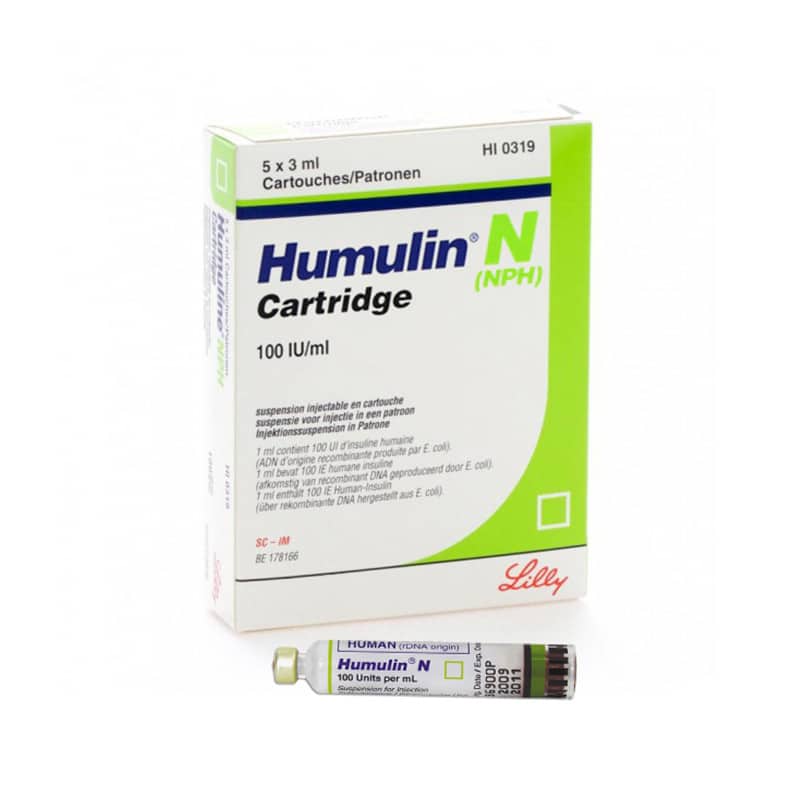 Humulin is one of the most popular brands of insulin medication that includes:

There are two main types of insulin analogs. Background or basal insulin, delivers a long-term insulin coverage of up to 24 hours and a mealtime or bolus insulin which is fast-acting and taken prior to meals.

Humulin R is a mealtime, “regular” or neutral insulin that is short-acting. It can be taken to provide control glucose levels within 30 minutes of mealtime.

Humulin N is a background insulin that contains isophane which is a longer-lasting than rapid-acting insulin.

What is it used for?

Humulin R is approved for the treatment for high glucose levels in addition with a healthy diet and exercise. It is used by both adults and children with diabetes mellitus.

All Humulin insulin analogs are very similar to the insulin produced naturally in the body.

What forms does Humulin regular insulin come in?

Insulin is a hormone that is naturally produced in the human body by the pancreas. It helps manage blood glucose levels. For those with diabetes, the pancreas does not produce any or enough insulin to meet the body’s requirements. As a result, patients are at risk for severe complications unless they are put under a treatment program which can often result in taking insulin injections.

Diabetes is categorized by two main types. Type 1 diabetes which arises when the pancreas does not produce enough insulin and type 2, which is characterized by the cells of the body not responding adequately to insulin made in the body. Insulin is a hormone made int he body that promotes the absorption of sugar in the blood, liver, skeletal muscle and cells.

There are several types of insulin which differ in absorption rate and duration. Regular insulin is considered a short-acting insulin that normally takes within 30-60 minutes to start working after injection and has a duration of 2 to 4 hours after injection. It an last up to 6-8 hours.

The suggested dosage by doctors is contingent on a patients individual needs. Dosages are determined by how much natural insulin your body is producing and how well its able to use it. Your doctor may suggest making lifestyle changes that may include weight management, exercise and a balanced diet based on blood glucose testing.

Your dose of insulin must be injected under the skin (subcutaneously) as instructed by a doctor or nurse. Do not inject insulin directly into a vein and should not be used by an infusion insulin pump.

Insulin should appear clear and colorless. Do not use if insulin appears cloudy, discolored, clumpy or contains floating particles.

Unopened bottles of insulin should be refrigerated until needed and used until the expiry date visible on the label. Do not freeze or expose to extreme heat or sunlight. Opened insulin can be kept at room temperature for no more than 28 days.

Usage should be followed according to your doctors instructions. Your insulin regimen (timing of injections with respect to meals) is crucial to keeping your blood glucose levels under control and to minimize any side effects.

Change injection sites to avoid the forming of fatty tissue underneath the skin. Speak to your doctor if you notice any skin thickening or pitting at the site of injection.

When taking insulin, it is important monitor glucose levels regularly or as recommended by your doctor or nurse. If blood glucose levels are showing as too high or low, you