One Pricey Poke: The High Cost of Insulin in the US

Before the discovery of insulin in 1922, diabetes was considered a fatal disease. With type 1 diabetes, the pancreas produces little to no insulin, and thus, glucose cannot enter the cells to produce energy. Without insulin, high levels of sugar circulate in the blood unchecked, leading to progressive damage such as vision problems, heart attacks, kidney failure, and eventual death.

In 1922, scientists at the University of Toronto successfully extracted insulin from the pancreas of a cow and injected it into a 14-year old diabetic patient. It was an overwhelming success, and thus, insulin was discovered. Three of the scientists, Banting, Best, and Collip, instead of selling their patent for the exorbitant price they could have commanded, decided to sell their patent to the University of Toronto for a measly $1. 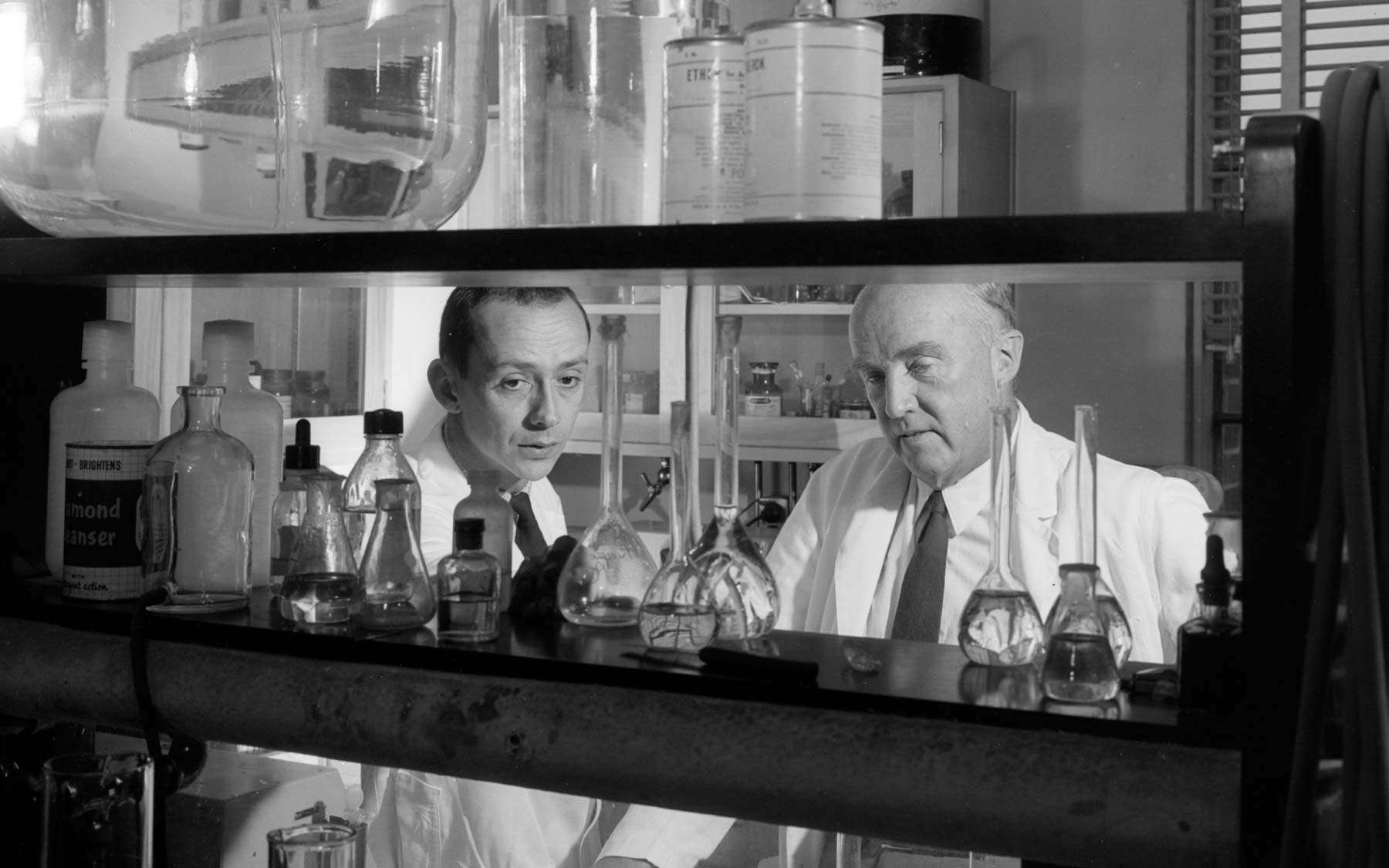 Well-aware their discovery could save thousands of lives, they wanted everyone who needed insulin to be able to access and afford it. And yet despite their generous gift, despite their hard work, sacrifice, and well-wishes, insulin in the United States is priced so high, it’s unaffordable and out of reach for thousands of Americans who need it.

This is a problem exclusive to America and is by no means a worldwide phenomenon. Compare the average price per standard unit of human insulin in the US to Australia: $85.21 in the US to just $5.08 in Australia. For analog insulin, it’s $99.94 in the US compared to just $12.99 in Canada. Perhaps the most egregious part is that insulin doesn’t seem to be that expensive to produce. One study estimated that a vial of human insulin cost just $2.28-$3.42 to produce and that a year’s worth of insulin could cost just $48-$71 per patient.

So why are insulin prices 8-10 times more expensive in the US compared to the rest of the developed world? The answer is a complex web of regulations, politics, and pharmaceutical companies that work in sync to keep prices high. When just 3 companies create nearly 100% of the insulin supply in the US, competition is scarce and decisions can be made with utter disregard to the consumer. Frankly, insulin is good business for these companies – people’s lives depend on insulin, so they can charge almost any price in the world confident people will find a way to pay.

One reason insulin is so expensive in the US is because of decisions that have been made about the supply. When insulin was first discovered, and for 50 years afterward, the only insulin available was derived from animals. Then in 1970, a new technique was developed called “recombinant DNA technology” which allowed human insulin to be produced rapidly and in large quantities. Instead of keeping both the old (animal) and new (recombinant) insulins on the market (which would have made the animal insulin a cheaper alternative), all of the companies decided to pull animal insulins from the market, which made the new, expensive insulin the only option for consumers. Pharmaceutical companies claim that the newer versions work better than the older versions, but that is not always true. Some patients found that the animal insulin stabilized their blood sugar more effectively than the new recombinant types. For these patients now unable to buy animal insulin in the US, they either had to buy it from another country or switch to a less effective and more expensive version.

Another supply-related issue is that there are too few “generic” insulins on the market. Insulin is a biologic, not a drug, which means it’s manufactured within a living system. Drugs have generics, and biologics have something called biosimilars. While generics are relatively easy to produce, the creation of a biosimilar is a much more complicated process with many hurdles and few incentives. First of all, creating a biosimilar costs nearly as much as creating a new drug and it has to go through all the trials and approval processes required of new drugs. The company also has to contend with lawsuits. In 2018 a company called Merck attempted to break into the insulin market by developing a biosimilar to Lantus, a type of long-acting insulin. After Sanofil (one of the big 3 insulin companies) sued them, Merck dropped the drug and it never made it to market. The final hurdle for a company producing a biosimilar is that the company that holds the original patent can pay the new biosimilar company to prevent them from marketing it for a certain amount of time. Without product marketing, consumers’ access to and knowledge of a product is severely diminished.

Careful manipulation of patents also contributes to high insulin prices. Using a technique called “evergreening,” insulin companies make small, incremental changes to the insulin (which doesn’t necessarily improve the effectiveness) to allow them to patent it as a completely new product, thus extending the life of the patent. By altering something old and calling it new, the insulin companies are looking out for their own economic interests, not the consumer’s interests. One of the big 3 insulin companies, Eli Lilly, does not patent their insulins. But by patenting other components, such as the inactive ingredients needed to make the insulin or the insulin delivery devices, the effect is nearly the same.

If a truly free market existed, the big 3 insulin companies would compete against each other to offer the best product for the best price. However, the 3 companies subvert this by engaging in price-fixing or “shadow pricing” – agreeing to raise prices exactly in step with one another. Graphs showing the price increases across the 3 companies are so perfectly in sync it’s hard to tell the individual lines apart. Thus the price of insulin has increased at the same rate, at the same times, year after year. The price increases also far outstrip the pace of inflation. Take insulin glargine for example which increased in price by 593% from 2013 to 2016, when, during the same period, inflation only increased by 8.3%. Another jarring example is that in 2012 a diabetic patient could expect to pay $2,864 a year for their insulin, and in 2016 the average yearly price was nearly double at $5,705. With no check on prices and no competition, prices have skyrocketed.

Politics are, of course, another culprit behind high insulin prices. The big 3 insulin companies spend millions of dollars a year lobbying politicians to ignore their price gouging and vote against legislation that could curb it. It’s also shockingly common for those same lobbyists to then take government positions. Alex Azar, for example, the previous secretary for Health and Human Services, was the president of Eli Lilly (one of the biggest pharmaceutical companies in the country) from 2012 to 2017. This movement between government and pharmaceutical companies is such a common phenomenon, it’s termed the “revolving door.”

Another layer is that Medicare can’t negotiate drug prices due to the Medicare Modernization Act of 2003. Medicare is one of the biggest buyers of pharmaceuticals in the world and that should mean big leverage to negotiate drug prices. In fact, in almost every other developed country in the world, the government healthcare system is allowed to directly negotiate prices, and as a result, people in those countries pay half of what Americans pay for prescriptions. Currently, there’s a bill in the House called the Lower Drug Costs Now Act that would allow Medicare to negotiate prices directly. It’s expected to save the government over $450 billion and could reduce the average cost of drugs by 50%. Not surprisingly, the big pharmaceutical companies are actively lobbying against this bill. Eli Lilly claims if the bill passes they won’t be able to afford to do as much research in the future (an argument that falls flat considering they had $6.2 billion in profits last year).

The current system is the antithesis of what Banting, Best, and Collip envisioned. Over the years a few bandaids have been slapped on the problem. Pharmaceutical companies have offered a few coupons, companies like GoodRx have negotiated a slightly cheaper price for those paying out of pocket; Colorado even passed a law recently capping the price of insulin for the insured. However, all of these solutions are small fixes for a big problem, akin to putting a bandaid over a gunshot wound. For real change to occur, the web of problems must be systematically addressed and dismantled. That process begins here – with untangling and understanding the individual threads that combine to make a big mess.

How to save on insulin cost

Speak to a physician about alternative brands or generics available to  see what is covered by your policy.

Many Americans with diabetes would make long trips to buy their drugs in Canada where drug prices are heavily regulated. Unfortunately, due to COVID-19, making the trip to Canada has become difficult or impossible due to border closures.

Alternatively, many Americans have turned to ordering their medication online from Canada and saving themselves the long trip.

With a prescription, Americans can securely order their insulin online and have it shipped to their address.

Through our Buy Canadian Insulin, patients can:

ii) Search and order non-insulin medication and diabetes supplies through our website.

iii) Use available coupon codes for additional savings that are provided for first time customers or through our newsletter.

vi) Get medication express shipped in temperature controlled packaging straight to their doorstep. 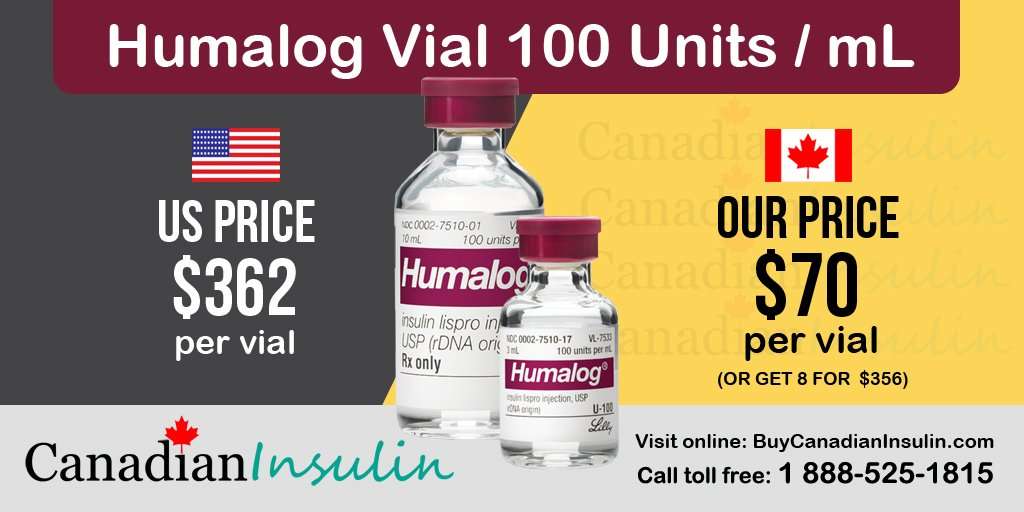