The number of people who are dangerously overweight in America has been rapidly increasing. In 1990, America’s obesity rate was about 15%; now, more than two out of three people in the United States are overweight and about 42% are clinically obese, according to the CDC. The health impacts that arise as a result of that weight can be deadly, but medical insurance doesn’t always help out very much, offering neither coverage nor reimbursement. Instead of offering help dealing with the root cause so medical conditions don’t arise or worsen, insurance plans will often offer assistance in treating some of the conditions caused by obesity. 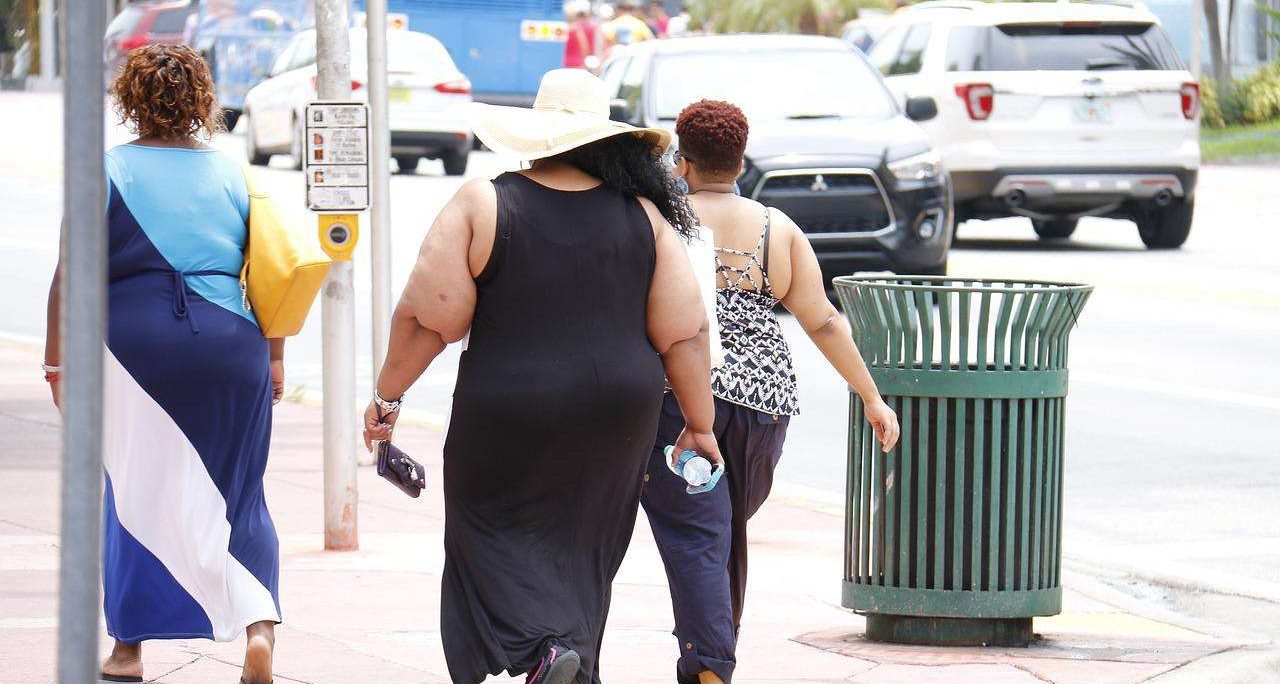 The terms “overweight” and “obese” are a reference to each individual’s Body Mass Index or BMI. That’s a measure of body fat based on a person’s height and weight. A BMI of 25-30 is overweight; above that is obese.  For reference, 18.5-25 is normal and below that is underweight.

Obesity isn’t just something that affects aesthetics and energy. The CDC says it can lead to conditions like heart disease, stroke, diabetes, and even cancer. It can lead to hypertension and high cholesterol, it can cause strokes, it can produce sleep apnea, give people osteoarthritis and gallbladder diseases, and lead to depression. It causes strokes that can be deadly.

“These are among the leading causes of preventable, premature death,” the CDC says.

Treating those conditions is more expensive than preventing them. The Harvard School of Public Health says one estimate found the U.S. spends close to $200 billion on obesity-related treatments.

Treatment Options and What Insurance Covers

Since weight can cause all these health effects, it makes sense to try to treat the problem, rather than the solution. Insurance will help pay for treatments of cancer, it’ll assist with payments for insulin for diabetics, and it’ll even help cover surgeries and medication for heart disease. But it turns out, if you want help addressing the issue that leads to all those adverse health effects, you may be out of luck.

Diet and exercise can help lead to weight loss, but committing to a regimen effective enough to produce weight loss significant enough for a person to be healed of their ailments is incredibly difficult. Some insurance plans will help with discounts or reimbursements on programs like Weight Watchers and Nutrisystem; discount plans with Silver Sneakers are offered by both private insurance and Medicare.

In some cases, there are health impacts that lead people to process nutrients incorrectly, which is what leads them to be overweight in the first place. In some cases, medical intervention is necessary.

There are plenty of treatment options available, including diet and exercise plans, therapies, prescriptions, and surgeries. The approach your doctor thinks will be best for you will depend on things like your age, medical history, tolerance for certain medications, past efforts to lose weight, and severity of your condition (or how much weight you need to lose). Your doctor should also take your personal preference into consideration if possible. 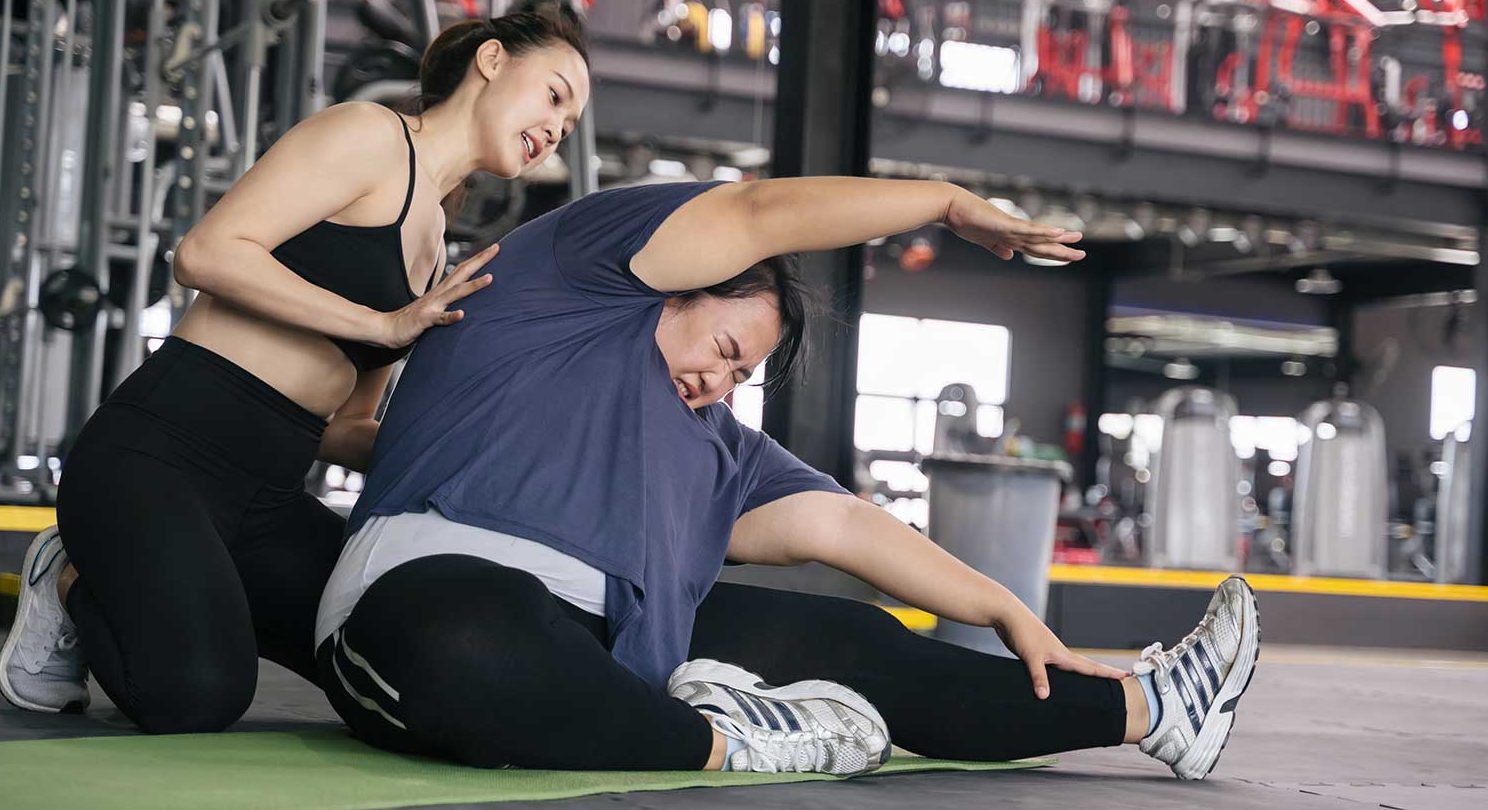 The most common medicines for obesity treatment work by either creating a feeling of fullness or impacting how the body absorbs fat. Orlistat, for instance, keeps about 30% of the fat in foods from absorbing into the body, moving the oils directly through the digestive tract. Medicines like Locaserin boost serotonin to reduce appetite. Sometimes a combination of Phentermine and Topiramate is prescribed instead – the former decreases appetite and the latter creates feelings of fullness.

The Government Accountability Office found that the nine FDA-approved drugs available in the United States are very rarely used, and they’re paid for with out-of-pocket expenses 68% of the time. Only 3% of respondents in one study said they took prescription medication for weight loss.

Insurance Coverage for Medications to Assist with Weight Loss
(X = No, ? = Yes, ~ = Sometimes) 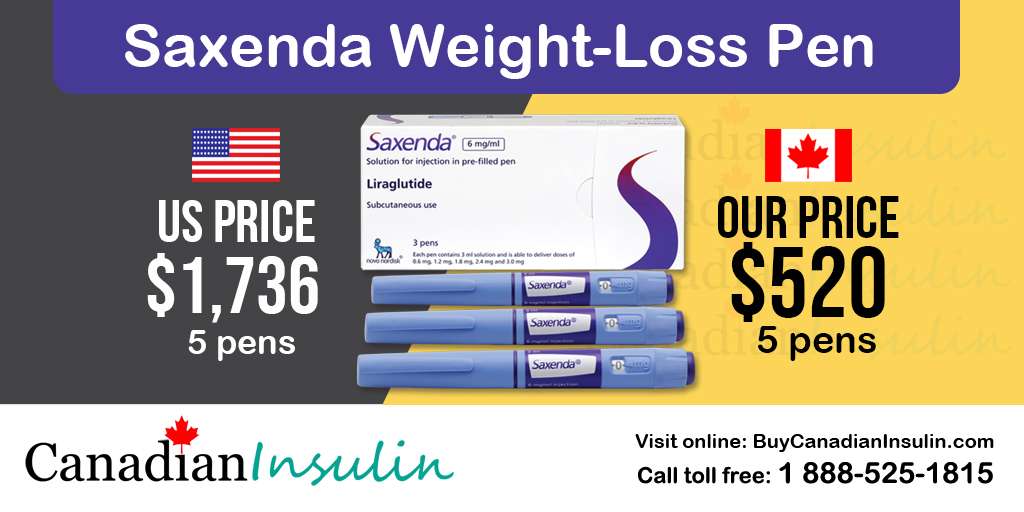 Some people benefit from psychotherapy to address weight problems. Psychologists can help people to better understand and then modify their behavior, getting out of binge-purge cycles or getting rid of a mindset that associates food with rewards. Insurance should cover counseling led by your regular physician, but most insurance plans and Medicare will not cover counseling led by dietitians or psychiatrists. Medicare Part B plans will cover nutritional therapy led by a dietician in certain cases where people have had diabetes or kidney issues within the past 3 years. 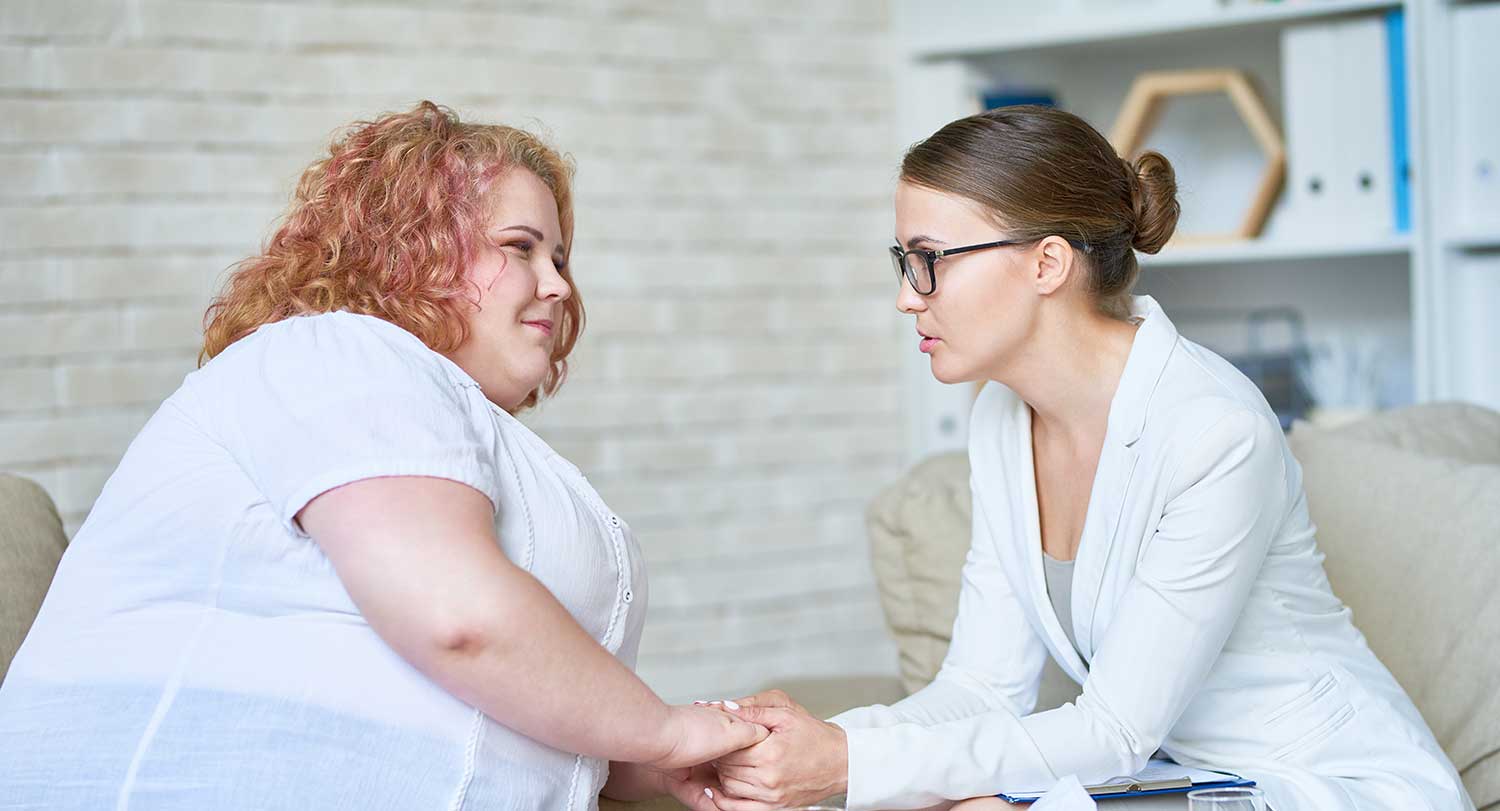 If none of those methods work and an individual’s BMI reaches 40 or higher, bariatric surgery may be necessary. There are three main types of surgeries used to treat obesity. Most insurance covers will at least partially cover weight loss surgery, but you have to meet certain conditions like having a BMI of 40 or higher (or having a BMI of 35 and over with a comorbidity), documented history of weight-loss efforts and compliance with a weight-loss plan either before or after surgery, and a passing grade on a psychological evaluation saying you’re emotional fit to undergo the surgery. You also cannot be a cigarette smoker and cannot abuse any substance. A doctor must have diagnosed you with morbid obesity prior to surgery, and you usually will have had to have that diagnosis for a certain length of time before the insurance company will allow you to seek out surgery.

Even with help from your insurance, you may still have to meet a deductible and/or be responsible for a portion of the bill. Medicare and Medicaid will cover some procedures, like gastric bypass and laparoscopic banding, but it’s important that you call and check beforehand, and that you consider whether to have the surgery at a hospital or an ambulatory surgical center.

Whether you have private insurance, Medicare, or Medicaid, it’s also crucial that you consider the costs of recovery after the surgery. You may need to stay in the hospital for a while or need care and rest for long spans of time afterward, which would keep you away from work. You may need materials or medications to help with your recovery, which your insurance may or may not assist with.

If your insurance plan does not cover the surgery you need, you may want to consider switching plans. 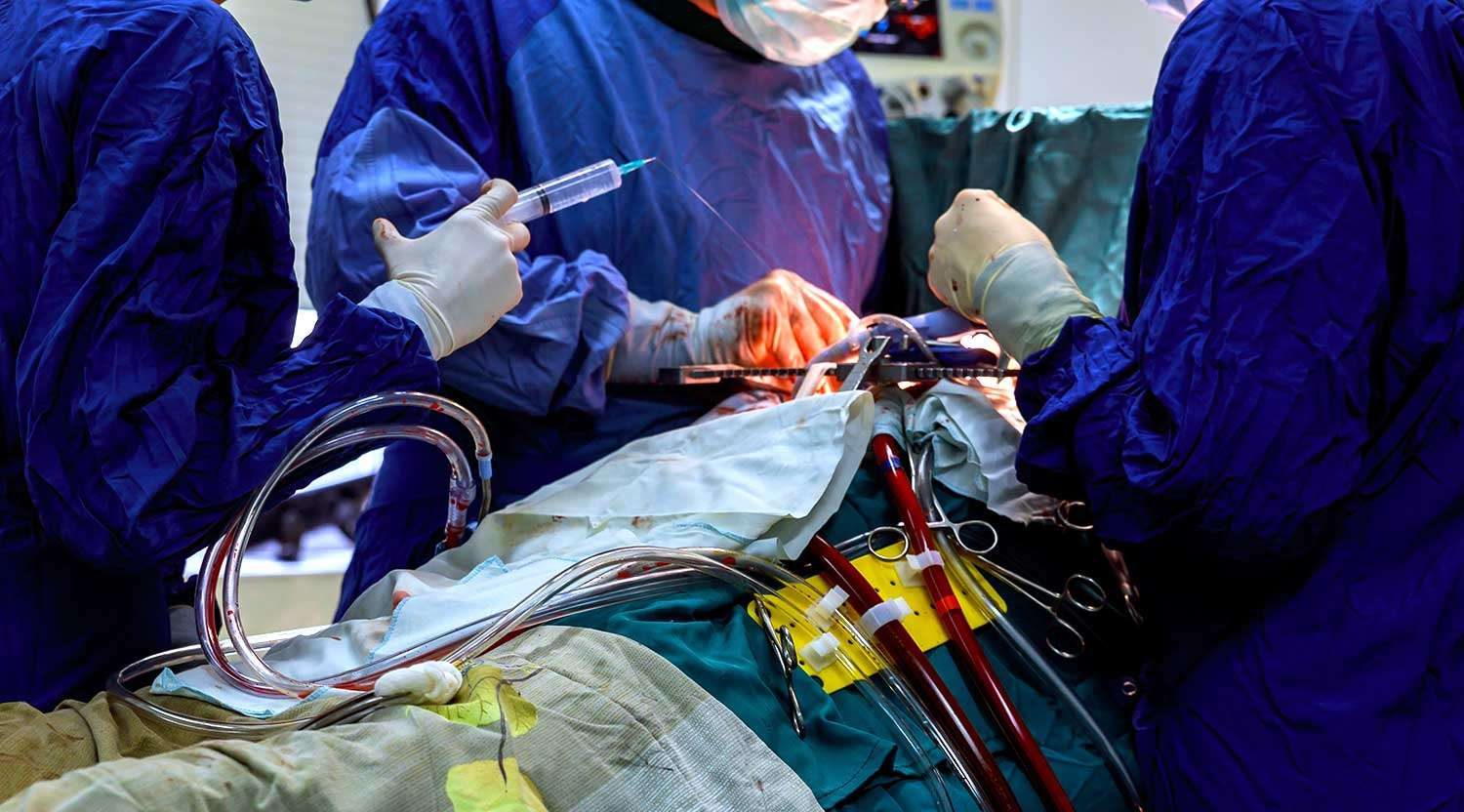 This surgery removes about 80% of the stomach. What’s left behind is a tube-like pouch that can’t hold nearly as much food or produce as much of the hormone that causes hunger. This is a popular choice because the desire to eat is lessened, weight loss is significant and rapid, and the intestines don’t have to be re-routed which means the stay in the hospital is much shorter.

This surgery reduces how much the patient is capable of eating and reduces nutrient absorption. It takes place in two phases. The first part of the procedure is similar to a sleeve gastrectomy. After that’s done, the surgeon connects the end of the intestine to the duodenum near the stomach, bypassing the intestine as a result. Although the surgery is very effective, it’s risky and can lead to such a pronounced lack of nutrient absorption that patients have to be careful not to become malnourished or vitamin deficient.

Medicare has vastly improved its response to obesity, changing its policy to now include preventative services for obesity treatments. As mentioned above, it also covers certain forms of counseling and surgeries.

The Centers for Medicare and Medicaid Services announced the change in 2011, saying screening and counseling would not be available – something CMS Administrator Dr. Donald M. Berwick says is important for patients.

“Obesity is a challenge faced by Americans of all ages, and prevention is crucial for the management and elimination of obesity in our country,” said Dr. Berwick.