The advice I’d want to give myself looking back is that it’s not my fault… I try not to let diabetes take over my life but, obviously, I’m always thinking about it. I check my blood sugars and take my medication… I know my diabetes is there, but I try to carry on with life as normally as possible.” says Gina, mother of three children and living with diabetes.

Rewind the story back! Just before the wake-up call of diagnosis, you can find a lot of similarities between the above story and the stories of 34.2 million people who have diabetes of all ages in the United States. The 2020 National Diabetes Statistics Report, published by the Centers for Disease Control and Prevention, claimed that there is a five-time increase in diabetes diagnosis among adults aged 20 years or older in the US, compared with just 6.9% in 2004.

Despite the fact that self-blood glucose monitoring is a crucial concept in diabetes management, there is a huge lack of knowledge about it. This article will address the gap in diabetes supplies and how they can aid in managing better health.

Diabetes is a long-lasting disease, in which your body finds difficulties turning food into energy. Imagine you go into a supermarket and wants to buy a sandwich; you have to pay for it. Exactly, in the same way, our body deals with daily activities we need to perform. The food we eat is broken down into sugar, which represents the currency, and paid to the cell in turns of getting energy for walking or running. The problem is that the machine is not working! No more clues, I talking about insulin. Insulin is the password that gives permission to sugar to enter the cell and obtain energy.

In people who have diabetes, their body either doesn’t make enough insulin or can’t use the insulin as well as it should. As a consequence, sugar builds up in the bloodstream and makes serious complications in long term such as heart disease, vision loss, and kidney problems.

Diabetes is categorized into 3 main types; type 1 is thought to be caused by an autoimmune reaction and is diagnosed mostly in children, teens, and young adults. The most common (~95% of people) is type 2, in which your body can’t produce enough insulin. Lastly, gestational diabetes develops in pregnant women and goes away after the delivery.

Polyuria (excess urination), polydipsia (extreme thirstiness), and polyphagia (extreme hunger) are the three P’s which are the hallmark symptoms of diabetes.

Diabetes management is a multi-factorial process that integrates many components such as lifestyle changes, medications, and patient education, which is the cornerstone of this plan. But are diabetes patients familiar with the disease basics and how they can monitor themselves?

A tremendous effort has been made to engage diabetes patients into a management plan such as face-to-face individual and group diabetes education sessions, intensive management programs, and frequent phone contact. However, from a survey made of 1,233 adults with Type 2 Diabetes to assess their knowledge about A1c test, the results were varying. 52% of patients didn’t mention the value of their last A1c test, 63% of participants stated their last blood pressure level and only 22% were aware of their LDL cholesterol.

In a more recent study, out of 153 patients surveyed to investigate whether they are practicing the self-blood glucose monitoring, just 24% were familiar with this and 40.5% didn’t buy any monitoring instrument as directed by their physician. This brings us to the tools that every diabetes patient should have in order to control their blood glucose level in daily life.

First tool is the blood glucose meter or glucometer, which is tracking your blood sugar during the day. The importance of this test is to track your daily glucose measurements so you know if it’s high or low and take safety measurements and eventually assess how diet and medications contribute to the management plan. Most physicians advise their patients to do the test several times a day. Several factors control the accuracy of blood glucose monitoring systems, such as the strip enzyme, the manufacturing consistency of the strips, the technology used to produce PG results, temperature, humidity, altitude, interfering substances, sample source, collection method, and proportion of red blood cells in your blood. Before moving to the next tool, you should consider some criteria upon purchasing a glucometer like the ease of use, physician’s recommendation, accuracy, test strips availability, and cost. The use of glucose meters and test strips is the most common in primary care. To get an insight into how big this market is, in 2016, IQVIA recorded 12.719 billion test strips sold worldwide. It is 5,084 million in the United States and 7,635 million in other countries (up 4.63% from 2014). 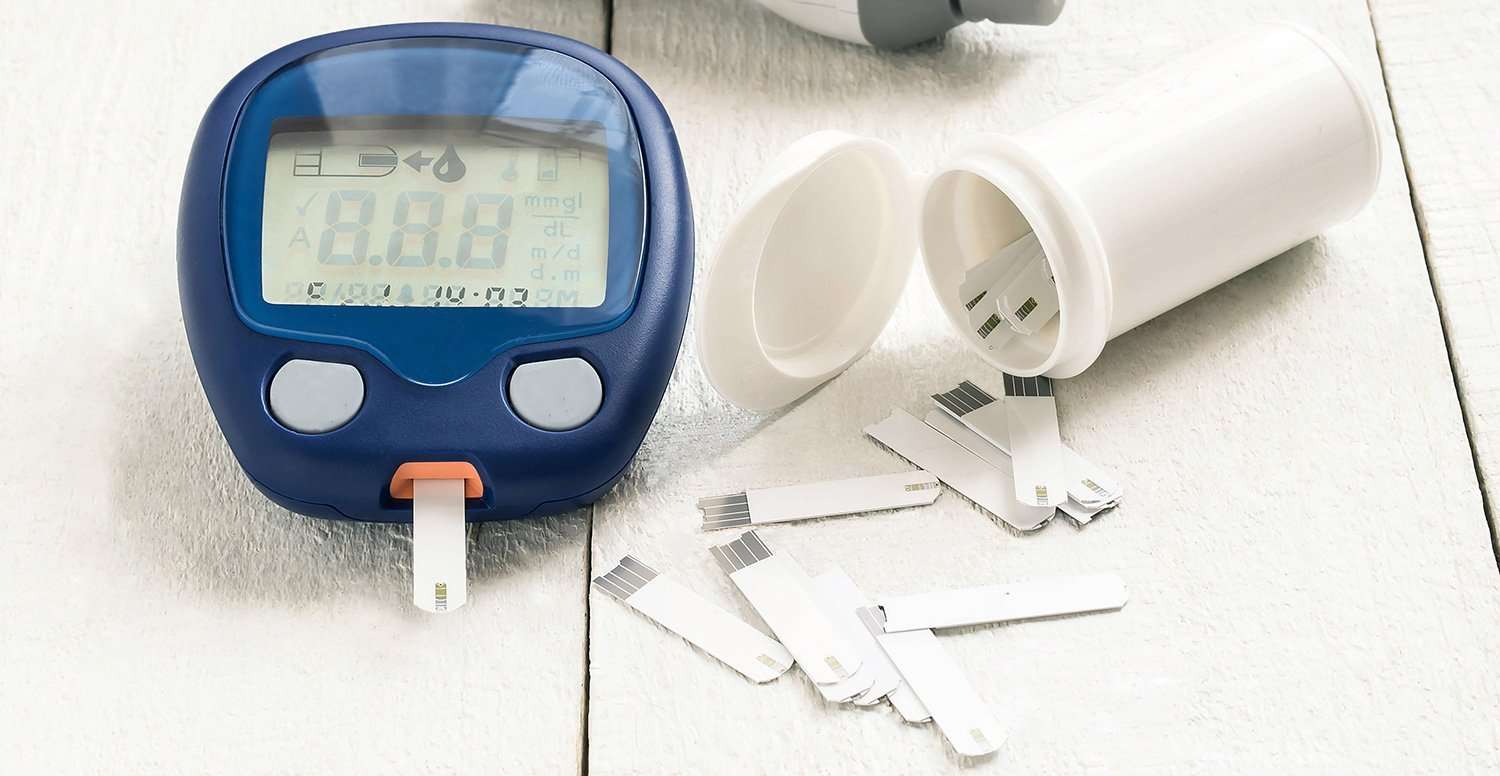 The second common supply diabetics use are insulin syringes, which are used to inject insulin doses. Insulin syringes are made in several sizes according to the insulin doses. Along with reusable needles, syringes have been the only way to deliver insulin for more than 50 years. The use of syringes was linked to many limitations such as poor dose accuracy, a lengthy training period, a negative psychologic impact, and transportation issues.

In order to reduce the multiple injection time by syringes, a small patch is attached to the skin for around 72 hours to inject insulin continuously without the need for syringes. Despite the initial excitement, this device remains unpopular. Probably because the insulin injection with a new needle is virtually painless. 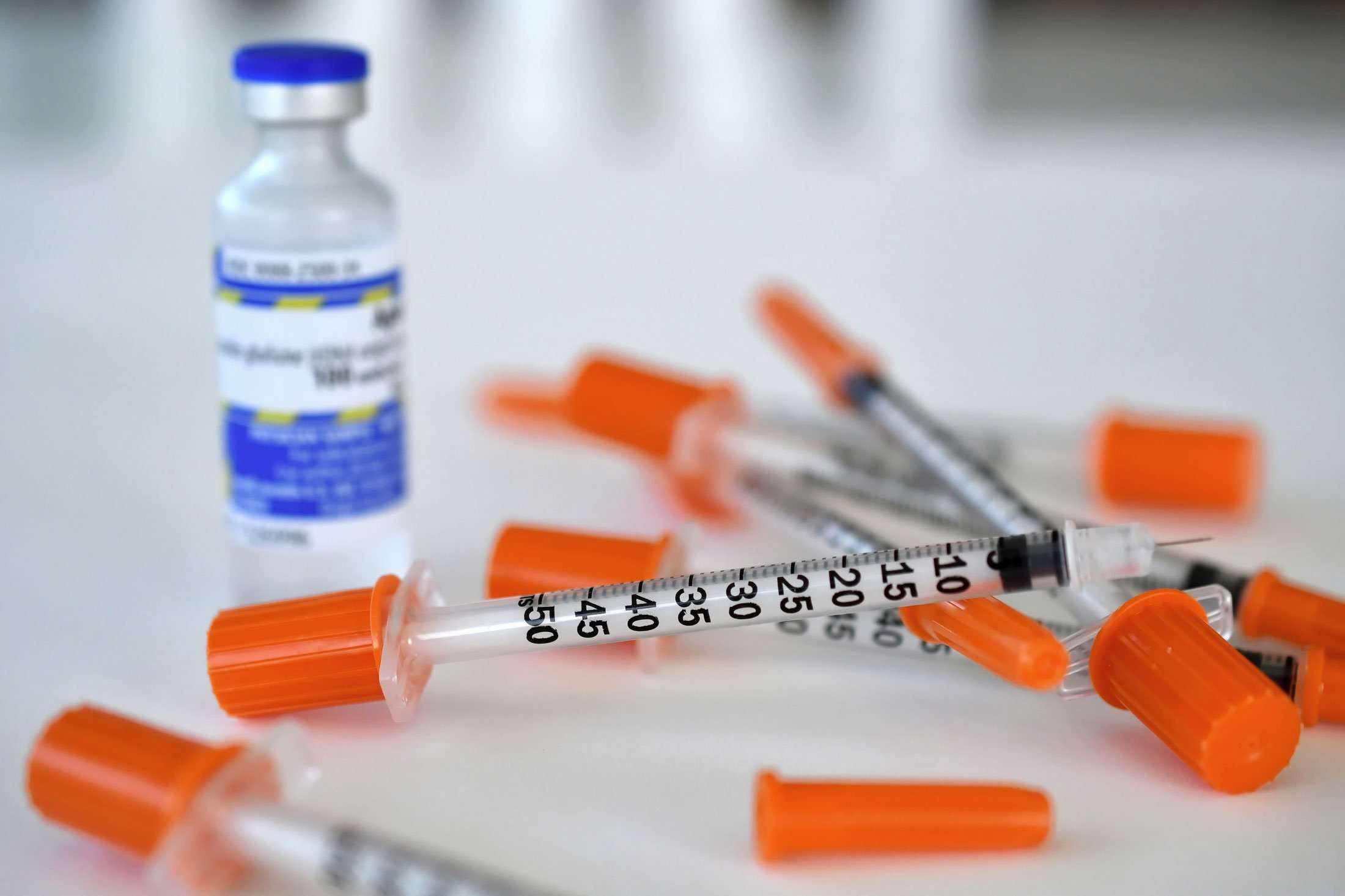