Is There a Link Between High Blood Pressure & Type 2 Diabetes?

High blood pressure is known as “the silent killer” since almost half of the adult population has it but are unaware that they suffer from the condition.  This medical condition can increase the chance of heart attack, stroke, heart failure, dementia, neuropathy, and kidney disease. In fact, it is estimated that about 1.3 billion adults suffer from hypertension and this number is growing.

The causes of hypertension are complex and include both lifestyle & genetic factors. Genetic factors which include: body shape, gender, and family history. And lifestyle factors that include: excessive alcohol intake, an unhealthy diet, smoking, stress, and too little exercise. 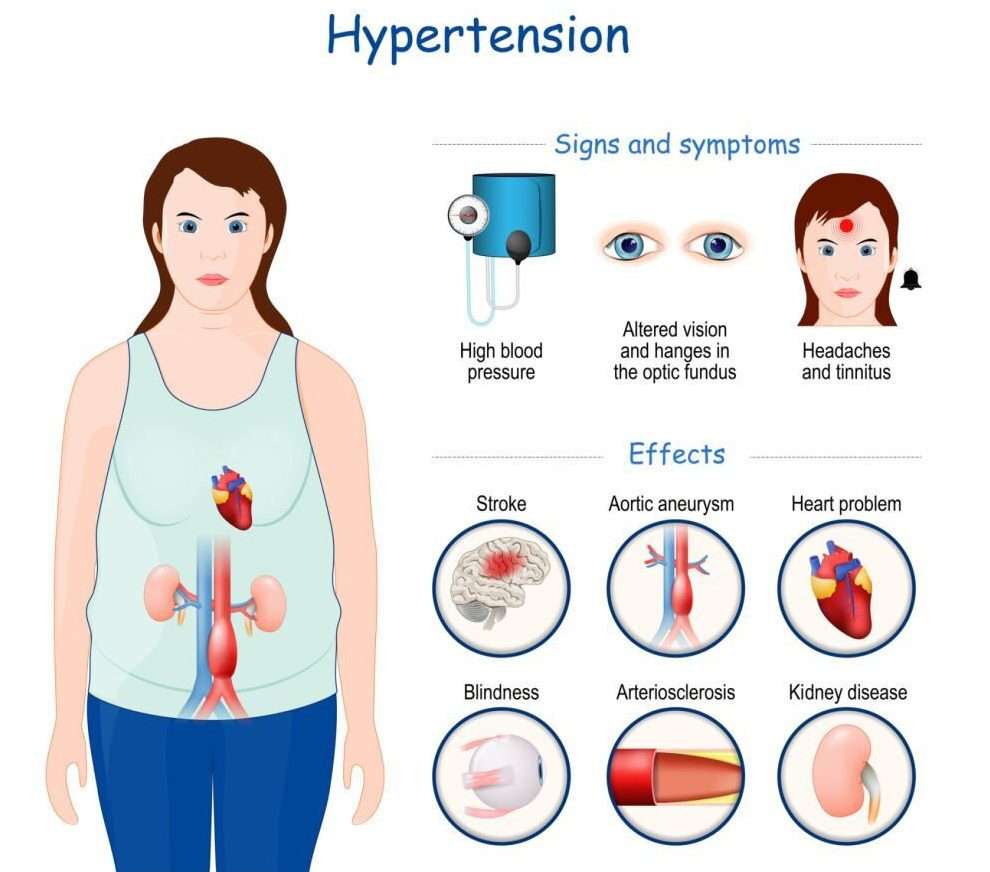 Type 2 diabetes is a chronic impairment of the way the body regulates and utilizes glucose as fuel. Insulin is the hormone in our body that enables glucose to enter the cells so that it can be used for energy.  For those with type 2 diabetes, the body either doesn’t produce enough insulin to process the body’s glucose or it isn’t effectively being utilized. As a result, glucose can’t enter the cells and accumulate in the bloodstream. High blood sugar levels begin to damage tissues and organs throughout the body including ones that regulate blood pressure (i.e. blood vessels and kidneys).

The incidence of type 2 diabetes is also on the rise as lifestyles associated with low energy expenditure and high-calorie intake are increasingly adopted. This is especially the case in low-income and developing countries. The CDC tells us that over 37 million people in the US alone have diabetes (type 1 and 2) and about 95% of these have type 2. That’s about 10% of the population! It has been predicted that the global number of type 2 cases of diabetes will increase from 415 million to 642 million by 2040.

While not every type 2 diabetes sufferer is overweight (although 90% are), the most common causes of this metabolic disease are lack of exercise and being overweight. It is estimated that about 95% of US diabetes cases are caused by these two factors alone. Cigarette smoking has also been earmarked by the CDC as one of the causes of type 2 diabetes.

Are the Two Diseases Linked?

Some of the symptoms of hypertension and type 2 diabetes are the same. So, is there a link? The short answer is yes, and not only are the two linked but often occur together in the same patients.

Strikingly, hypertension and diabetes track each other consistently – people at high risk for either share the same metabolic abnormalities such as abdominal obesity, high blood insulin levels, and high triglycerides. Weight gain is a major factor that contributes to the development of both diseases. Someone who has one of these conditions is at a higher risk of developing the other. Also, patients with both often find that each condition makes the other worse. High blood pressure may not directly cause diabetes but it probably increases the risk of a person developing Type 2 diabetes.

Type 2 diabetics are twice as likely to suffer from hypertension than non-diabetics. Around 33% of adults with type 2 diabetes have a blood pressure of 130/80 mmHg or more or control it with medication.

Some of the causes of type 2 diabetes and hypertension are the same, including:

Although both type 2 diabetes and hypertension are straightforward for a doctor to diagnose, both are extremely complex to manage.

Diabetes is associated with an increased cardiovascular disease risk already which is further increased when hypertension is present. Doctors need to perform a juggling act to control both conditions while at the same time targeting strategies to promote vascular health to prevent diabetic complications and cardiac events.

How is Blood Pressure Affected by Diabetes?

Just being on insulin medication can increase the risk of developing hypertension. The body uses nitric oxide to increase the diameter of blood vessels and decrease blood pressure if necessary. Unfortunately, insulin blocks the body’s ability to produce nitric oxide. If a diabetic is using insulin, it inhibits the body’s ability to regulate blood pressure using the nitric oxide method. This further increases the patient’s risk of developing hypertension. Of course, the answer isn’t to stop using insulin. However, a physician will need to carefully monitor their patient’s condition including their blood pressure to find the optimal balance of medications. A patient can also ensure they don’t need high doses of insulin by incorporating a healthy diet, exercising regularly, and other lifestyle-optimizing measures.

Another reason that diabetes can increase the risk of developing hypertension is that the body can overproduce insulin in situations of high blood glucose. Insulin causes the b