How Diabetes Can Affect Women

Men are nearly twice as likely to develop diabetes than women. This is uncommon, as many or most diseases of that nature tend to be more common in women.

“Type I diabetes is the only major organ-specific autoimmune disorder not to show a strong female bias,” a study published in the National Library of Medicine states. The researchers went further to state that fathers with Type 1 diabetes are more common to pass that to their children than mothers are.

As a result, women may not be as mindful of some of the warning signs. The longer the disease goes unchecked, the worse medical conditions can become. It’s important to know and understand the warning signs and symptoms of diabetes experienced by men and women alike, as well as those only seen in women.

Type 1 diabetes sets in quickly and the symptoms are often more severe. That’s because the immune system begins attacking its own cells that produce insulin, leading to severe reactions like nausea, stomach pain, and vomiting. Type 2 diabetes, however, develops slowly over the years and are harder to spot. Many people may not notice the symptoms even if they’ve been going on for a long time. Being more aware of the tell-tale signs of diabetes and prediabetes can help keep you and your loved ones safe.

The problem is, that yeast infections have several causes and are extremely common. 75% of women have one in their lifetimes, and about half of women will have more than that. Sexual activity, antibiotics, birth control pills, and more can result in one, so women may not think they have diabetes simply because they get a yeast infection.

Diabetes can also lead to oral yeast infections, called thrush. Those result in white patches within the mouth, leading to difficulty and discomfort while eating.

UTIs are also extremely common in women with diabetes. Diabetes leads to high blood glucose levels, raising the risk of UTI; it worsens circulation, which makes it harder for white blood cells to reach where they need to be to fight infections; and it leads bladders to not empty as well as they should, making leftover urine become a bacteria hub.

When women produce too much of certain types of hormones while diabetic, they reach a higher risk of developing PCOS. It affects up to 12% of women and can cause infertility. It leads to insulin resistance, and can result in diabetes, or can arise because of diabetes itself.

Diabetes can lead to extreme complications during pregnancy. In the first trimester, unchecked blood sugar levels can lead to fetal birth defects, miscarriage, or oversized fetuses. The newborn will likely have low blood sugar in their first days outside the womb. Gestational diabetes can also develop during pregnancy, increasing the risk of preeclampsia, premature birth, and stillbirth.

Symptoms Experienced by Everyone

Many symptoms of diabetes are not unique to women and instead are experienced by anyone with diabetes.

One of the problems with some diabetes symptoms is that they can be very difficult to pinpoint and very easy to pass off as something that isn’t a big deal or is caused by regular environmental factors.

Increase in Hunger or Thirst

Some symptoms, like an increase in thirst or hunger, might not be something a person views as a symptom, but rather an objective experience. People might feel thirstier and figure the air quality must be bothering them; they might feel hungry and think they’ve been exerting themselves more, or not sleeping well.

Diabetics may also find themselves having to go to the bathroom more often. Since it also tends to make people thirstier, they may figure that they’ve been drinking more fluids, and thus urinating more often. The actual reasoning can be quite dangerous. Diabetes causes glucose to build up in the blood, forcing the kidneys to work harder to absorb it. When your kidneys start falling short of that job, the glucose goes into your urine, bringing hydrating fluids from your tissues with it. That makes you dehydrated, leading you to drink more water, and then urinate even more often in a brutal and hard-to-spot cycle.

Fatigue is another symptom that people can go months without thinking it may be the result of an illness, rather than the result of day-to-day circumstances and stresses. Diabetics of any sex also often feel irritable as a result of their disease, but don’t think to attribute that feeling to a medical condition.

Another common issue is the length of time it takes wounds to heal. You may notice a cut or bruise seeming very slow to go away but might attribute that to your aging. The older a person is, the more slowly their cells divide, making their skin thinner and easier to injure, then slower to heal.

Diabetics’ immune systems may struggle to activate, reducing the number of cells sent to fight bacteria and heal wounds. Diabetes can also cause circulation issues, making it harder for the body to get the necessary cells and nutrients to wounds, which also makes it take longer to heal them. That’s a very dangerous prospect because the longer lesions take to close, the greater the risk of infection.  Foot ulcers develop in as many as 25% of diabetics, and the problem can compound if the person has nerve issues in their extremities that make them slow to notice the wound. 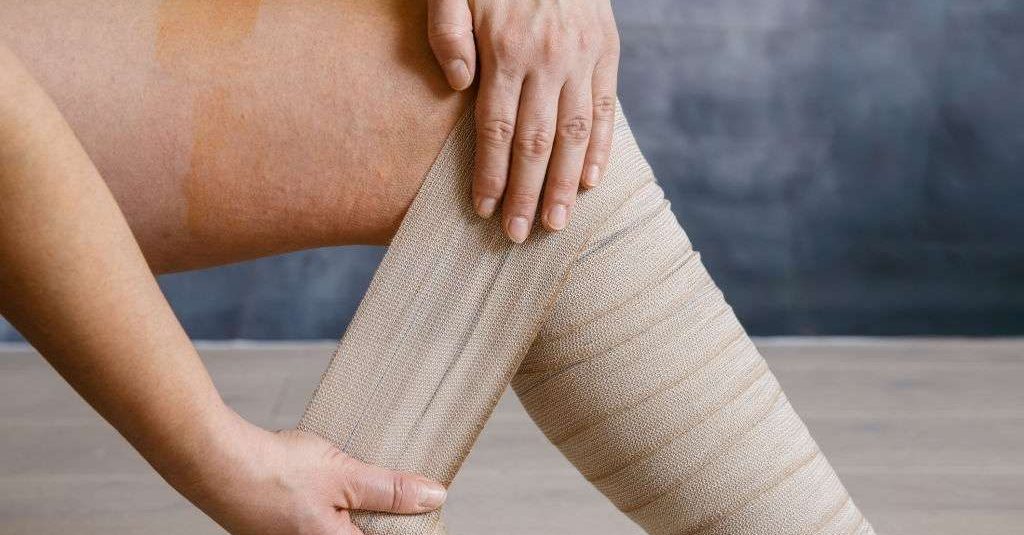 Some symptoms stand out as extremely irregular and thus are more likely to tip people off that there’s a problem. When people start to notice these symptoms, they’re likely to reach out to a doctor quickly, and could then find out they have diabetes. From there, they can get on a track to treatment.

Dehydration as a result of diabetes can also lead the eyes to become dry and uncomfortable, and in some cases can blur your vision.

The higher blood sugar levels caused by diabetes add sugar to your saliva. That creates a perfect environment for plaque and germs. In time, that will result in gum disease and tooth decay, but at first, you’ll likely notice that your gums are swollen and red.

Diabetes, as discussed, leads wounds to heal more slowly, so sores within your mouth are more likely to fester. A fungal infection called thrush, which causes sore and uncomfortable patches within the mouth is also more common in diabetics.

Diabetes can lead to all sorts of skin irritations. Those are often some of the first signs of diabetes, with fungal or bacterial infections popping up unannounced and otherwise unexplained.

Necrobiosis Lipoidica is the name for yellowish, reddish, or brown patches on the skin that start as pimple-link raised bumps and then turn swollen and hard. The skin itself feels itchy and painful, and the rash goes through active and inactive cycles. It’s impossible to miss and is often enough to lead someone to go to the doctor, where they learn of their greater medical condition.

Acanthosis Nigricans refers to dark patches or bands of velvety skin that appear on the back of the neck, the armpit, or the groin. That’s usually a sign of insulin imbalance and signals prediabetes.

Diabetic dermopathy refers to “shin spots” – spots and lines of depressions in the skin that usually forms on the shins, but can also appear on the arms or thighs.

Digital sclerosis is the medical term for the skin on the back of your hands and feet getting tight, waxy, and hard. That can sometimes spread to the forearms, upper arms, upper back, shoulders, beck, face, and chest.

Other issues like blisters, sores, or rashes are also common symptoms of diabetes.

Weight loss is a big sign of diabetes in both men and women. Since the glucose that diabetics consume isn’t absorbed properly by the body, calories aren’t deposited in the same way. That can lead to weight loss. However, it can also lead to constant feelings of hunger, which may lead people to over-eat. 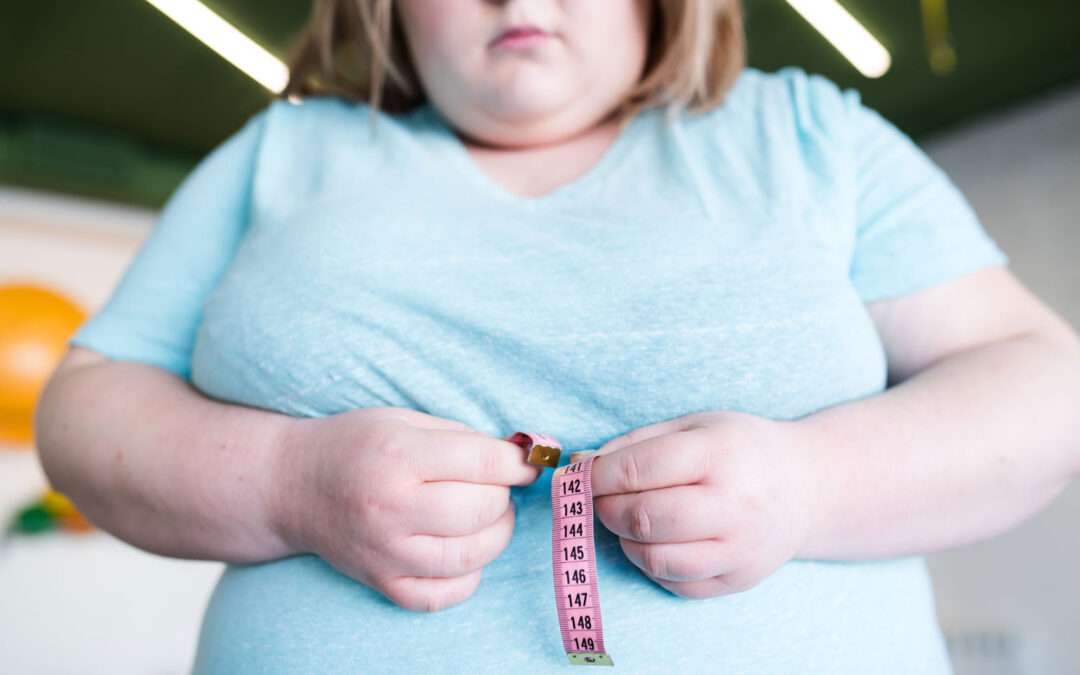 Consistently bad breath is a major indicator of medical complications that arise because of diabetes. If you eat something and have bad breath afterward, you don’t think twice about it. But if you notice that every day, your breath smells oddly fruity or like acetone, it could be a sign of diabetes. That’s because of a condition called ketoacidosis.

Since diabetics don’t carry glucose to the pancreas properly, that glucose lingers in the bloodstream rather than helping the cells. To get energy, your body is then forced to burn fat instead of sugar in a process that creates an acid build-up in the blood. Those are called ketones, and fruity-smelling breath is a sign that ketones have built up. It’s a tell-tale sign of untreated diabetes.

But it isn’t just the smell that could give away that there’s a problem. In 2021, researchers measured carbon dioxide and other organic compounds in the breath of research participants and found they could accurately diagnose diabetes and pre-diabetes from their findings. Isotopic carbon dioxide turned out to be the best biomarker, but acetone did well too.

Both hyper and hypoglycemia can cause nausea. Ketoacidosis and a gastrointestinal problem called gastroparesis that comes from diabetes can make you nauseous as well.

Although many of these symptoms are difficult to identify as major issues and others are quite frightening, hopefully, the knowledge gained from this article will be enough to motivate people to go to the doctor’s office for tests, which can lead to a diabetes diagnosis that helps people then get started on a treatment plan.

The problem then is the cost of treatment. Insulin can be wildly expensive in the United States. Buy Canadian Insulin can help keep costs down.