How Do You Know If You Have Diabetes?

Type 1 diabetes is a chronic illness characterized by the body’s inability to produce insulin and it usually begins in childhood. Type 1 is an autoimmune disease that requires lifelong insulin therapy. Most adults with Type 1 are already aware they have the condition.

On the other hand, Type 2 diabetes is different in many respects from Type 1. Most people who are concerned about having diabetes are referring to Type 2 diabetes mellitus, an array of dysfunctions highlighted by high glucose blood levels or hyperglycemia.

Insulin and glucagon are the contrasting hormones produced by our pancreas that play essential opposing roles in regulating your blood sugar. Type 2 diabetes, or “diabetes” for the sake of this description, is a result of a combination of insulin resistance, inadequate secretion of insulin, and excessive glucagon secretion.

Knowing what the warning signs are for diabetes has a lot to do with insulin resistance. Insulin resistance means that although your body produces insulin, the cells, and tissues in your body, specifically your muscles, fat, and liver, do not respond to the insulin.

In other words, your pancreas produces insulin to allow glucose to enter your cells, but the insulin is not recognized. If your body produces enough insulin to overcome the weak response of your cells to insulin, your glucose levels remain in the normal range.

What are the classic symptoms of diabetes?

Please be aware that many, if not the majority of people with diabetes, do not have any symptoms. That means their diabetes remains undiagnosed for many years.

There are specifics regarding a patient’s history that provide clues as to whether someone has diabetes. The following are the major classic symptoms. Other symptoms will be described later that may also suggest hyperglycemia or elevated blood sugar levels. 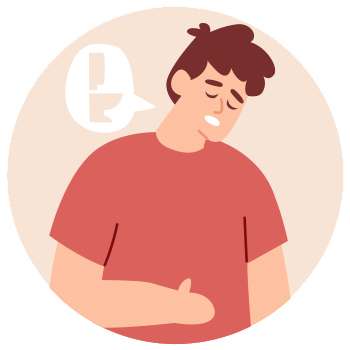 Most adults produce about three liters of urine per day. People with diabetes can make as much as five times that amount. They are constantly going to the bathroom.

While polyuria is a classic sign of diabetes, there are other reasons for the excessive need for urination. Some people have an overactive bladder or for men, an enlarged prostate. Others may have a urinary tract infection.

Polyuria is one of the first signs of diabetes since the condition makes sugar build up in the bloodstream. Due to excess sugar and fluids traveling through the kidneys, there is a constant urge to urinate more. Furthermore, individuals become increasingly thirsty, causing a vicious cycle.

There are many other reasons, however, that a person may have polyuria. These include: 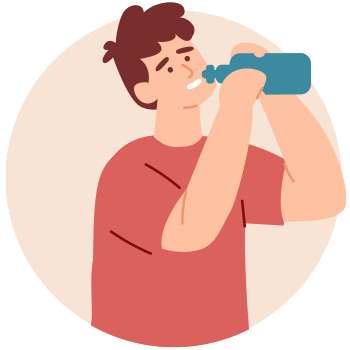 Being thirsty all the time is polydipsia. As expected, most people with polydipsia also suffer from polyuria and are in the bathroom all the time.

High blood sugar is the primary reason for polydipsia in people with diabetes. As the person urinates all day, they become dehydrated, causing them to become thirstier.

Other reasons for polydipsia include diabetes insipidus which is more of a problem with the kidneys or the pituitary gland. Also, people with mental illnesses such as schizophrenia, personality disorders, mood disorders, depression, anxiety, and anorexia can suffer from polydipsia and not have diabetes. 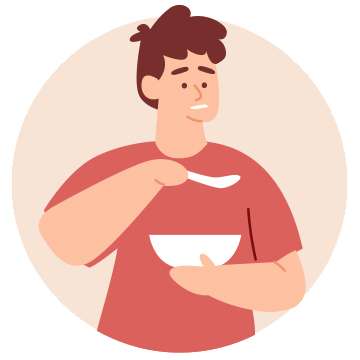 People with diabetes overeat. Remember, the insulin in their bodies is not working, their cells and tissues are resistant. This means glucose cannot enter their cells effectively and the body has a continual sense of hunger because no energy is getting where it needs to be.

The sad part is that even after eating, hunger never disappears because no energy is being absorbed. Mostly, polyphagia is associated with weight gain, but not always. It is different from being hungry after exercise or strenuous activity.

Polyphagia can be caused by other reasons too. 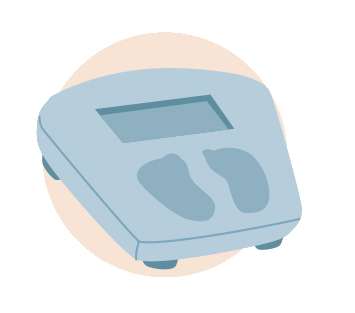 Everyone thinks of polyphagia, eating too much, and therefore weight gain with diabetes. Of course, weight gain is possible.

However, the reality is for some people with early onset of diabetes, the glucose does not get to the necessary cells and tissues. This is from insulin resistance.

As a result, people with diabetes can have unexplained weight loss. Their bodies begin burning fuel, specifically fat and muscle for energy since their cells do not recognize the sugar levels in their bloodstream.

Diet and nutrition play a critical role in diabetes. Someone with diabetes may gain or lose only a few pounds and it can have a profound effect on their overall health and wellbeing.

For most people, a medical evaluation should be undertaken for someone who loses more than 5% of their body weight over 6 to 12 months, even if deliberate. For example, if someone weighs 200 pounds, 5% is 10 pounds.

What are some other possible symptoms that may indicate diabetes?

The diagnosis of diabetes is a dynamic process for both the healthcare provider and the patient. Symptoms vary both in character and severity.

Many patients will complain of vague vision problems such as blurred vision or loss of vision, such as in the periphery. Others will have more serious visual impairments which are indicative of blood flow disruption in the retina.

Many patients will complain of pain or numbness in their lower extremities or paresthesia. These symptoms can be a result of diminished blood flow, but also a sign of changes in the nerves of the legs called diabetic neuropathy. These patients tend to begin to inadvertently injure their toes and feet and develop redness, ulceration, and even non-healing sores.

Yeast infections can affect both men and women with diabetes. Men can develop balanitis which is inflammation, swelling, irritation, and pain of the penis, particularly if the male is uncircumcised. Another possibility in men with diabetes is impotence.

Infections may be expected. In patients with diabetes, poorly controlled blood glucose levels translate into poor healing with increased risks of infection and other complications.

Patients with diabetes may have severe hypoglycemic (or low blood sugar) reactions. These episodes can be severe enough to cause loss of consciousness and be indicative of underlying cardiovascular disease as well.

Lastly, patients with diabetes are susceptible to kidney disease or nephropathy. This means elevated urine proteins and serum creatinine levels which can mean trouble in overall kidney function.