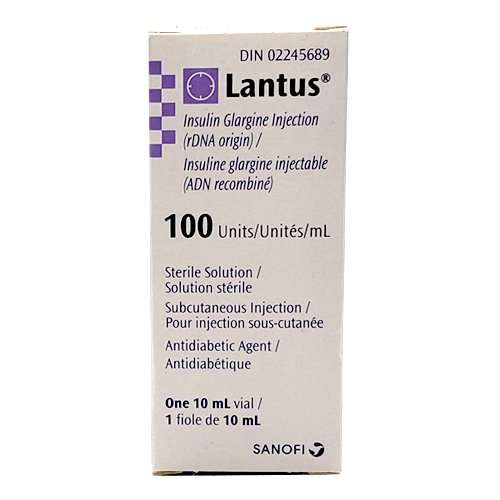 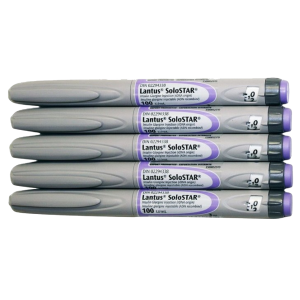 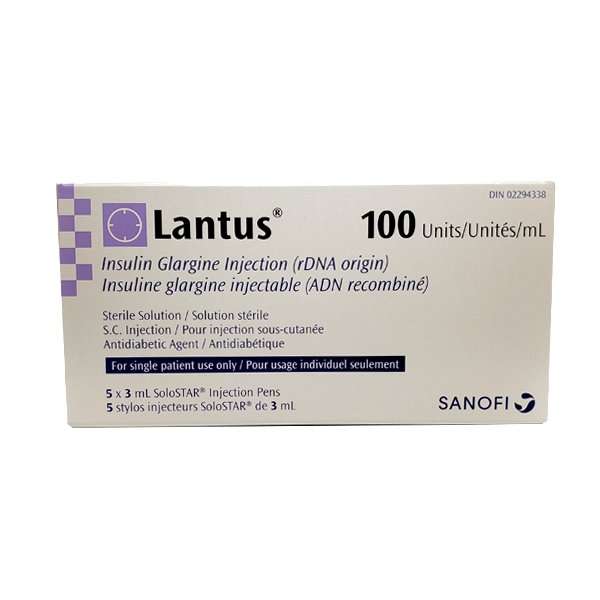 What is Lantus® (insulin glargine injection)?

Insulin is a hormone that is naturally produced in our body that works by lowering blood sugar (glucose) levels in the blood. For those who do not produce enough insulin require taking an insulin analog which is a man-made form of insulin.

Lantus is known as a basal insulin (or baseline) which is slowly released evenly throughout the day without spikes as seen with other insulin analogs.

A Lantus treatment may sometimes need the support of a bolus insulin or fast-acting insulin that reduces blood sugar spikes after meals.

This long-acting insulin is injected under the skin (subcutaneously) and helps manage blood sugar levels. It’s formulation of micro-crystals slowly release insulin and provide patients a steady and long-term baseline that starts to work after several hours and works continuously up to 26 hours.