Within a few short decades, social media and the online world have come to the fore of our daily lives. The overwhelming majority of people in developed nations around the globe now have easy access to smartphones or computers, where various social media platforms are just a click or a tap away. Despite this, many of us tend to view the online world and the “real” world as two separate and disconnected realms and assume that whatever happens online should have no impact on our day-to-day lives.

However, Hollywood celebrities and social media influencers have sparked an online obsession with Ozempic, a diabetes medication with potential secondary benefits, with consequences that are already blurring the divide between these two spheres of our daily lives.

Influencers are bringing “skinny” back

The ultra-thin aesthetic has re-entered the mainstream vogue, with celebrities and other influential figures promoting extremely low body fat percentages as representing the most-current beauty ideal. In the early 2000s, mainstream media personalities popularized the ultra-thin figure, but in the decades that followed, much progress was made to re-normalize healthier and more reasonable standards for emulation. However, it seems that standards may be taking a backward swing, with ultra-thin bodies re-emerging to be depicted as the most desirable or aspirational.

Influencers like Kim Kardashian have added fuel to this craze by extolling the virtues of being skinny. Kim recently explained to her massive online following that she had shed 16 pounds of fat from her figure and supported her claims with body scans showing a drop in body fat to concerningly low levels. Unsurprisingly, Kim’s followers appear to have been influenced at least in part by this imagery, according to surging online searches for weight loss solutions.

While diet and exercise will likely always remain the healthiest and most stable way of dropping unwanted pounds, it isn’t clear how public figures like Kim Kardashian attain their slim figures seemingly on a whim. Some have speculated they might be drawing from their sizeable resources to spring for personal trainers, dieticians, and other aids that the average media consumer likely could not afford. Regardless of how they achieved their results, millions of people have been left with an impulse toward shedding weight and are seeking whatever means might be available to help them reach their goals.

With so many people clamoring for weight loss solutions, it did not take long for a relatively new diabetes medication called Ozempic with appealing side effects to become embroiled in the weight-loss frenzy. But what is Ozempic, and why is it suddenly in short supply?

Ozempic is the brand name for a diabetes medication called semaglutide. Ozempic, manufactured by Novo Nordisk, causes the body to increase its insulin levels in response to spikes in blood sugar following a meal. While this response plays a critical role in maintaining healthy blood sugar levels in diabetics, it also causes appetite suppression. This latter side effect gives Ozempic the secondary function of facilitating weight loss.

Ozempic is certainly not a miracle drug and comes with several drawbacks. It carries the potential to cause unpleasant side effects which range from relatively mild (e.g., nausea, vomiting, and abdominal cramps) to downright dangerous (e.g., pancreatitis and kidney failure). It also carries a hefty price tag, demanding over $900 USD per month of treatment. Similar to any method of weight loss, simply taking Ozempic does not guarantee to keep weight off, as some patients have reported regaining the lost weight once treatment has stopped. 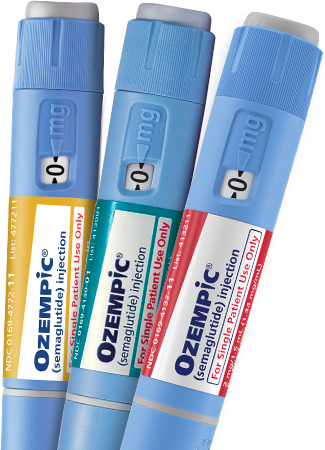 How did Ozempic become so popular?

The sudden shift in public attitudes towards weight loss, given momentum by influential figures like Kim Kardashian, coincided with developments from the pharmaceutical world that have inadvertently conspired to create a perfect-but-disastrous storm.

Shortly after receiving FDA approval in 2014, and upon the approval of a similar drug called Wegovy, Ozempic became popularized for its appetite-sating effects, especially through social media channels like Tik Tok. Influencers on that platform began pumping out content explaining the weight-loss benefits of Ozempic. With well over 150 million views on Tik Tok, Ozempic-related hashtags became viral on the platform, and demand for the medication surged along with them. Other corners of the media appear to have jumped on the bandwagon as well: popular television host and physician Dr. Oz recently ran segments on his show exploring the Ozempic’s potential for assisting weight loss.

The exploding online awareness of Ozempic has corresponded directly to drastic drains on available supplies of the medication. It is unclear how long this elevated demand will last. However, with over 70% of American adults classifiable as either overweight or obese, there is no shortage of potential customers looking to opt-in for a “miracle” skinny pill.

Surges in the popularity of off-label Ozempic prescriptions have had far-reaching impacts. For example, despite not being indicated as a weight loss treatment in Australia, the country has experienced a drastic surge in demand for the drug from consumers looking for a quicker route to their weight loss goals.

Australian health authorities have issued statements confirming an ongoing Ozempic shortage, and have urged physicians to prescribe the medication strictly for its intended purposes. Even despite these measures, the Pharmacy Guild of Australia has predicted that the current shortages may persist for several weeks at the very least. In the meantime, doctors, patients, and pharmacies have been scrambling to find interim supplies of the medication, or in some cases, to attempt a new approach to managing the illness. 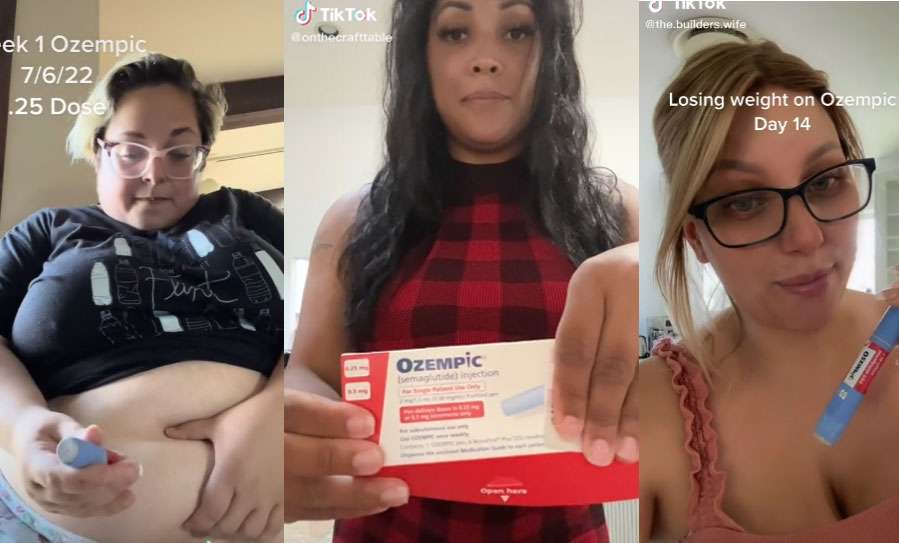 Sadly, Australia is no exception. U.S. supplies of Ozempic are also limited, with Ozempic’s prominent presence in pop culture likely to blame. To date, no U.S. health authorities have issued any warnings about the shortage or guidance to practitioners to use discretion in prescribing the drug. Despite a lack of official acknowledgment, the drug’s shortage has been acknowledged by its manufacturer, Novo Nordisk, who has claimed to be working on increasing availability but has also cautioned that the situation may last at least until the end of the year.

On a hopeful note, the situation in the U.S. may not be quite as dire as in Australia, since an alternative may be available to alleviate some of the strain. The recently FDA-approved Wegovy (which has not been approved for use in Australia), which is simply semaglutide rebranded with a different name, is indicated specifically for chronic weight management. This means that Wegovy can be prescribed to individuals looking for pharmaceutical assistance with their weight loss goals. Diverting such individuals away from seeking Ozempic is likely to preserve some of the critically-needed medication for those diabetics whose health depends on it.

Diabetes has been recognized as a condition and treated with medications for many decades now, with insulin injections having taken place as early as 1922. Ozempic is by no means the only medication available to treat the disease; several large pharmaceutical manufacturers produce a range of modern insulin analogs that can effectively stabilize blood sugar levels in diabetic patients. However, an Ozempic shortage could still pose a risk of harm to those already prescribed the medication, since switching to an alternative from Ozempic is not as simple as it may sound.

Many diabetes medications are incredibly expensive – so much so that they would be out-of-reach for many diabetic patients, were it not for health insurance. Unfortunately, insurance companies can make the process of switching from Ozempic to another medication incredibly complex, leaving some patients with the undesirable choice between remaining on Ozempic and hoping for supply increases, or paying out-of-pocket for a more readily available option.

Unfortunately, many Americans were already suffering from an inability to treat their diabetes due to a lack of financial means or insurance coverage. Diabetes is very manageable when properly treated, but terribly harmful if not. Complications from untreated diabetes can include kidney failure, severe disfigurement, nerve damage, and even blindness. Shortages of medications like Ozempic and the corresponding demand for alternatives are likely to push prices upward, pushing many already-struggling diabetics even further from proper care.

Patients can save themselves a trip to the local pharmacy only to find out their medication isn’t available or have to pay high costs. With a prescription, thousands of Americans can buy Ozempic online from Canadian online pharmacies, such as Buy Canadian Insulin (BCI) & save up to 90%. Through BCI, the cost of Ozempic is currently only $285 USD. In addition to massive savings, patients can get their medication express shipped to their address in temperature-controlled containers within 3-5 business days.

Viral trends in the age of social media are not a new occurrence. Some of the more seasoned social media veterans will remember planking, NekNominations, and the #IceBucketChallenge as some recent (and mostly benign) examples. What is less common is for these trends to spill out over the digital borders of the online world and interfere with the daily lives of everyday people. The online stardom of Ozempic seems to be an unfortunate example of the latter scenario, with potentially devastating consequences for millions of people suffering from diabetes globally. While the world’s healthcare systems will hopefully be able to absorb the backlog through alternative medications and increases in production capacity, this should serve as a cautionary tale regarding the power of social media. With any luck, like all social media fads, the Ozempic craze and the larger obsession with low body fat will pass – and the sooner the better.