When people think about diabetes, they typically think of type 1 or type 2 diabetes. But, a new form of diabetes has recently gained attention: Type 4 diabetes. Though it isn’t yet a formal diagnosis, experts estimate that around 20% of recently diagnosed diabetes cases in patients older than 65 should be categorized as type 4 diabetes.

This article will provide an overview of type 4 diabetes, including its causes, symptoms, and available treatments.

What Are The Other Types of Diabetes?

Understanding the other types of diabetes can help clarify the unique properties of type 4 diabetes.

Type 1 diabetes is an autoimmune disease that most commonly appears in kids, teens, and young adults, though it can occur at any age. It develops when the patient’s pancreas produces insufficient insulin, or none at all, because the immune system mistakenly attacks insulin-producing pancreatic cells. Insulin is a necessary hormone for blood sugar management.

An estimated 5% to 10% of diabetes cases in the U.S. are type 1 diabetes, making it significantly less common than type 2 diabetes.

Type 2 diabetes may also be referred to as adult-onset diabetes, though it can develop in childhood. It’s more prevalent among older adults because its risk factors are primarily lifestyle-related, including a lack of physical activity and being overweight or obese. Additionally, type 2 diabetes develops over time, so it often doesn’t begin to cause symptoms until later in life.

LADA is commonly considered a subtype of type 1 diabetes because it occurs when the immune system attacks insulin-producing pancreatic cells. However, some researchers categorize LADA as “type 1.5” diabetes, occurring on a spectrum between type 1 and type 2 diabetes.

Pregnancy triggers hormonal fluctuations and various bodily changes, including weight gain. In some women, these shifts lead to insulin resistance, which occurs when the body’s cells don’t respond effectively to insulin.

Like type 4 diabetes, the existence of type 3 diabetes has only recently been indicated by researchers. Type 3 diabetes is a term used in conjunction with the idea that insulin resistance may lead to Alzheimer’s disease.

Type 3 diabetes isn’t an official diagnosis and is still being explored by medical experts.

Type 4 diabetes is a suggested diagnosis for cases of diabetes in older adults who aren’t overweight or obese. Since this form of the condition isn’t associated with weight, it doesn’t fall under the umbrella of type 2 diabetes and may be related to the aging process.

Physicians and patients alike often believe that maintaining a healthy weight protects against diabetes. So, the type 4 classification may help address the underdiagnosis of diabetes in older adults who are at a healthy weight.

The possibility of type 4 diabetes was first discovered in a study conducted by Ronald Evans and Ye Zheng’s labs at the Salk Institute. This study revealed that some cases of diabetes in old, slender mice didn’t result from the same cellular cause as type 2 diabetes, which is triggered by excess weight.

Treatment to block the buildup of T regulatory cells in fat tissue helped eliminate type 4 diabetes in mice. The researchers of this study have now partnered with research institutes and hospitals to conduct clinical trials, which will determine if this form of treatment could help humans with type 4 diabetes.

Given that researchers are still in the early stages of learning about type 4 diabetes, its exact causes aren’t yet known. However, researchers theorize that it’s associated with the aging process. Although not all older adults develop age-related insulin resistance, in some people, aging causes a buildup of T regulatory cells.

What Are The Symptoms of Type 4 Diabetes?

The symptoms of type 4 diabetes are similar to those seen in type 2 diabetes cases. These include: 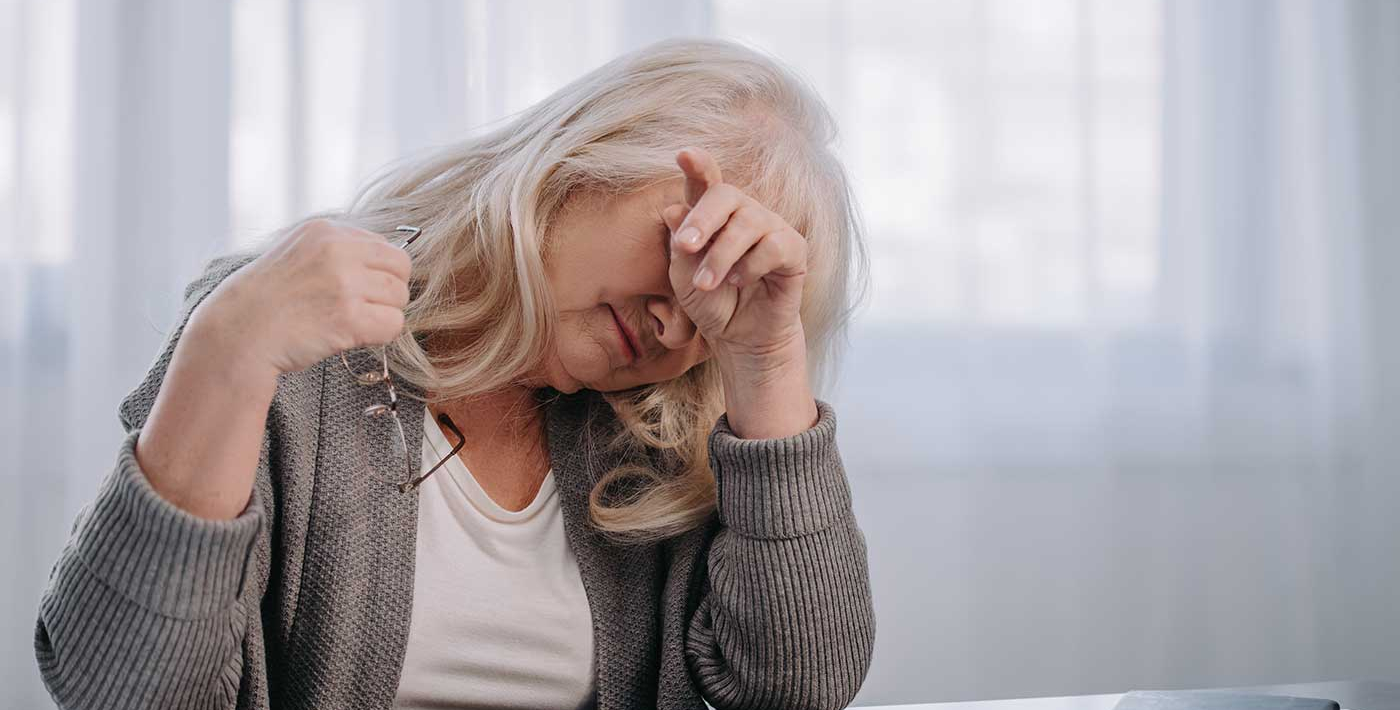 How is Type 4 Diabetes Diagnosed?

As aforementioned, type 4 diabetes isn’t yet an official diagnosis. However, if you’re over the age of 65, at a healthy weight, and experiencing diabetes symptoms, your physician can conduct an evaluation for age-related insulin resistance. You’ll likely need to undergo a physical exam, blood work, and other testing to conclusively determine the cause of your symptoms.

With your test results, your physician can provide the best treatment route to address your symptoms.

How is Type 4 Diabetes Treated?

Considering its recent discovery, a treatment for type 4 diabetes is still in the early stages of research and development. Researchers at the Salk Center aspire to produce an antibody medication that could lower T regulatory cells, thus addressing the root cause of type 4 diabetes.

However, as this medication is developed, physicians generally treat patients with type 4 diabetes as they would treat type 2 diabetes patients. Type 2 diabetes treatment often involves medications and lifestyle adjustments.

Insulin is one of the most common medications for diabetes management. Treating diabetes with an insulin pump or injections helps regulate patients’ blood sugar levels.

Not all type 2 and type 4 diabetes patients will require insulin. But, those that do can choose between many different types of insulin available today, including short-acting, rapid-acting, intermediate-acting, long-acting, and premixed insulin.

Other medications that may be used to treat type 2 or type 4 diabetes include: 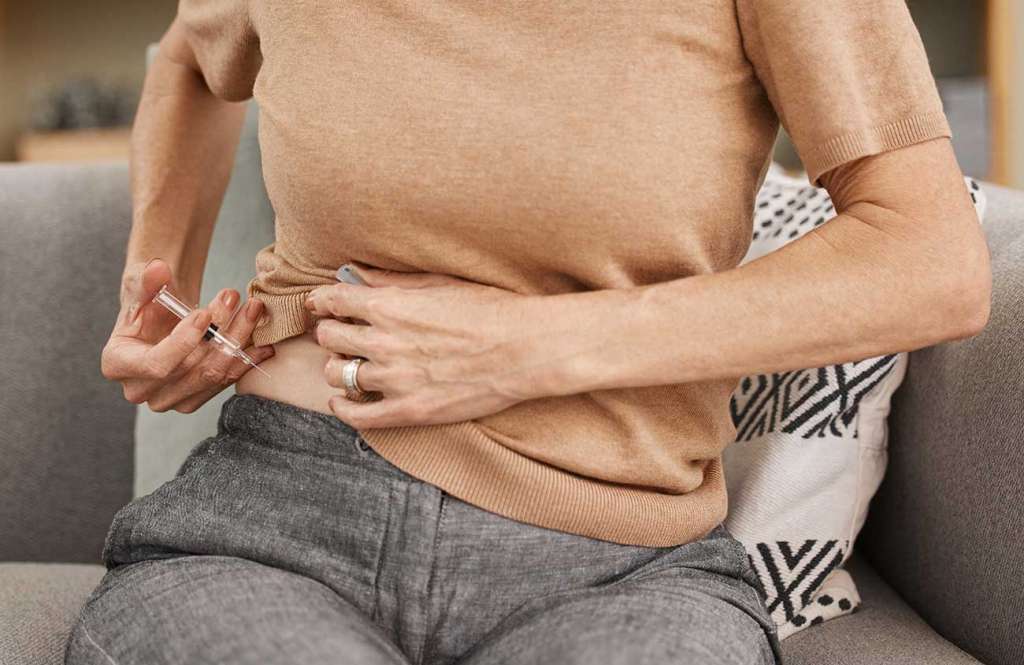 Type 4 diabetes is characterized by insulin resistance despite a healthy weight. So, several of the lifestyle adjustments that help type 2 diabetes, like weight loss, don’t improve cases of type 4 diabetes.

Can Type 4 Diabetes Be Prevented?

However, patients can work to maintain healthy blood sugar levels with the following tips: