When to See a Doctor if You’re Worried About Diabetes

About 1 in 10 people in the United States have diabetes, and 1 in 5 are unaware they have diabetes. In addition, 96 million Americans – more than 1 in 3– are prediabetic, of which, 80% are unaware. These shocking statistics from the CDC prove just how important it is for people to be aware of the warning signs and risk factors involved with diabetes so that they know when to go to the doctor.

Some of the symptoms of diabetes are easy to miss; others can’t be ignored. It’s important to know some of the early warning signs that you may be pre-diabetic or even diabetic, so you know when to visit the doctor. It’s also a good idea to do what you can to learn about your family history, so you can have forewarning about certain risk factors for diabetes.

Signs You Should Visit Your Doctor

Although there are some symptoms of diabetes that overlap with lots of other illnesses, like fatigue, so they may not be instant indicators that you need to rush to the doctor. However, certain tell-tale signs indicate you either have or are developing diabetes. 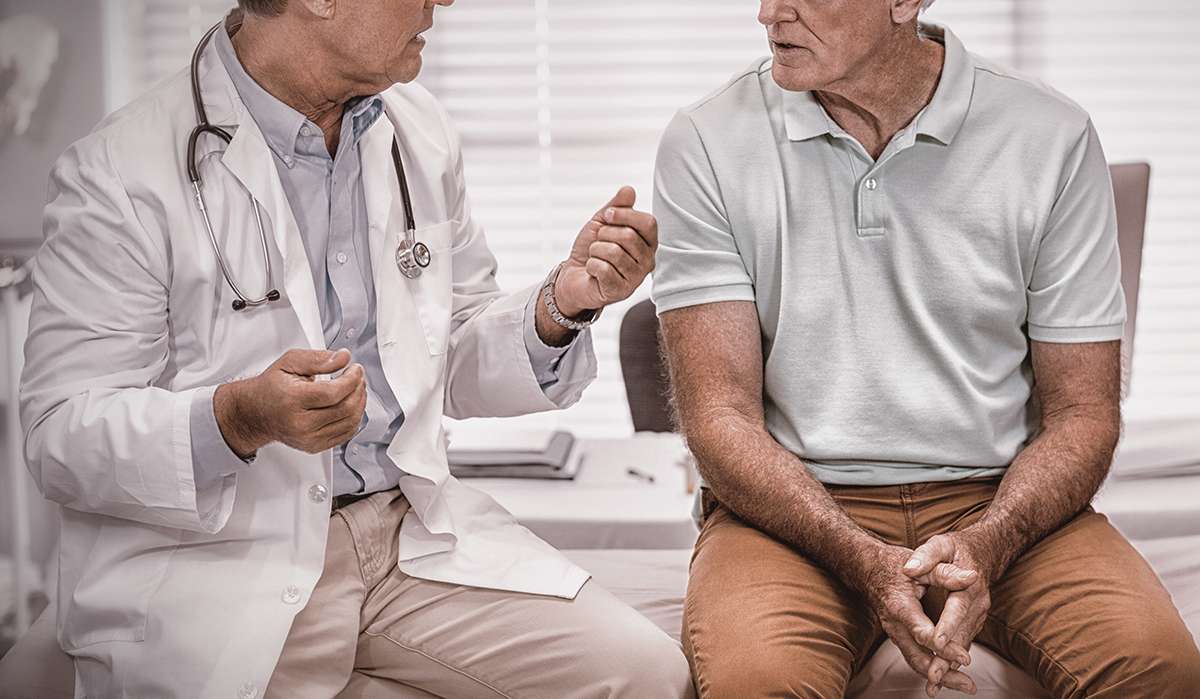 One of the biggest indicators is a darkening of the skin within the folds and creases of your body. Those often happen near the armpits, groin, and neck. The elbows, knees, knuckles, lips, palms, soles of the feet, and underside of the breast are also common areas for the patches to develop. Those spots will have a darker color and a thick, velvety texture. In some cases, those patches may also itch or have an odor. That condition is called acanthosis nigricans and occurs in people with prediabetes and diabetes. It’s a symptom, rather than a disease in and of itself. Although some cosmetic treatments can address the spots, like skin lighteners, laser therapy, and oral acne medications, the better route is to treat diabetes itself. The skin will fix itself once the diabetes is under control.

When blood sugar levels change quickly, varying from normal to too low or too high, or any combination of those changes, it can cause your eye lens to swell. That changes the shape of the lens and blurs your vision. Diabetes may also cause fluid to leak into the lens of your eye, or cause it to dry out, both of which will affect your vision. If you notice things seem blurry in a drastic way that your regular eyeglasses aren’t correcting, it’s important to go see a doctor. 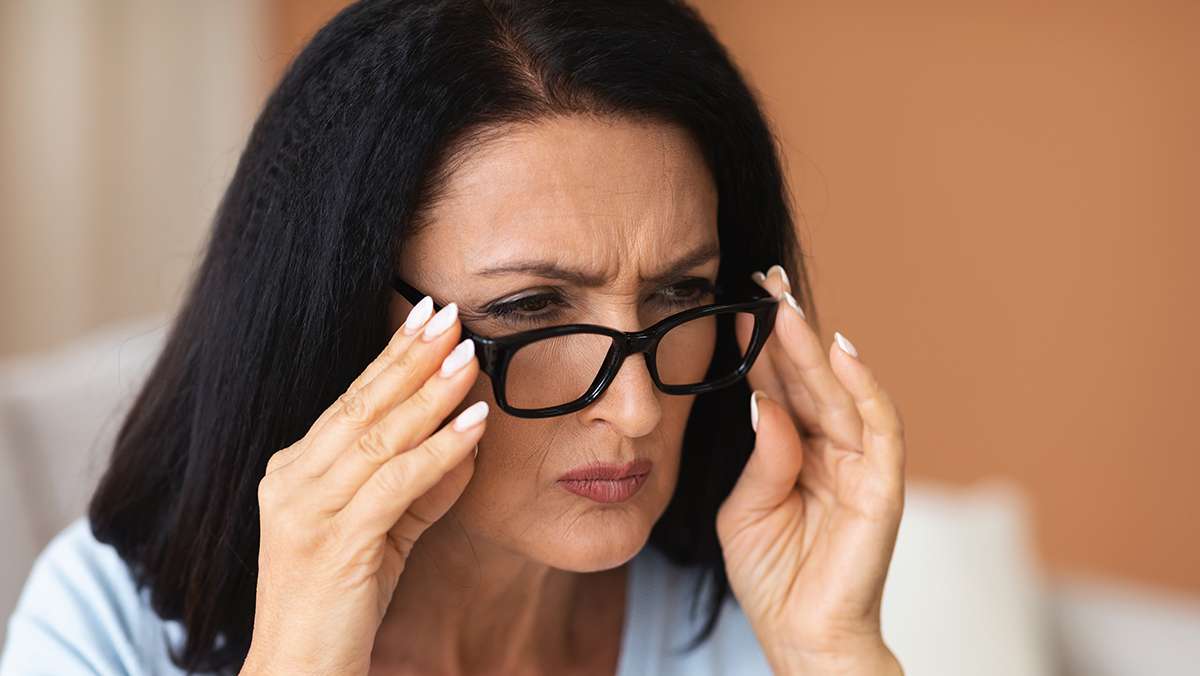 High glucose levels in the blood can injure nerves, leading to numbness. That’s called diabetic neuropathy and it is usually most impactful in the legs, feet, and hands. That nerve damage can be extremely serious, in some cases also impacting the digestive system, urinary tract, blood vessels, and heart. Although the severity of the condition varies, it’s an extremely common symptom, affecting as much as half of the diabetic patients in the U.S. Since that symptom stands out very distinctly, it should be an easy warning sign, letting you know that if you’re feeling random numbness in your extremities, you should immediately talk to your doctor about the potential that you could be diabetic. 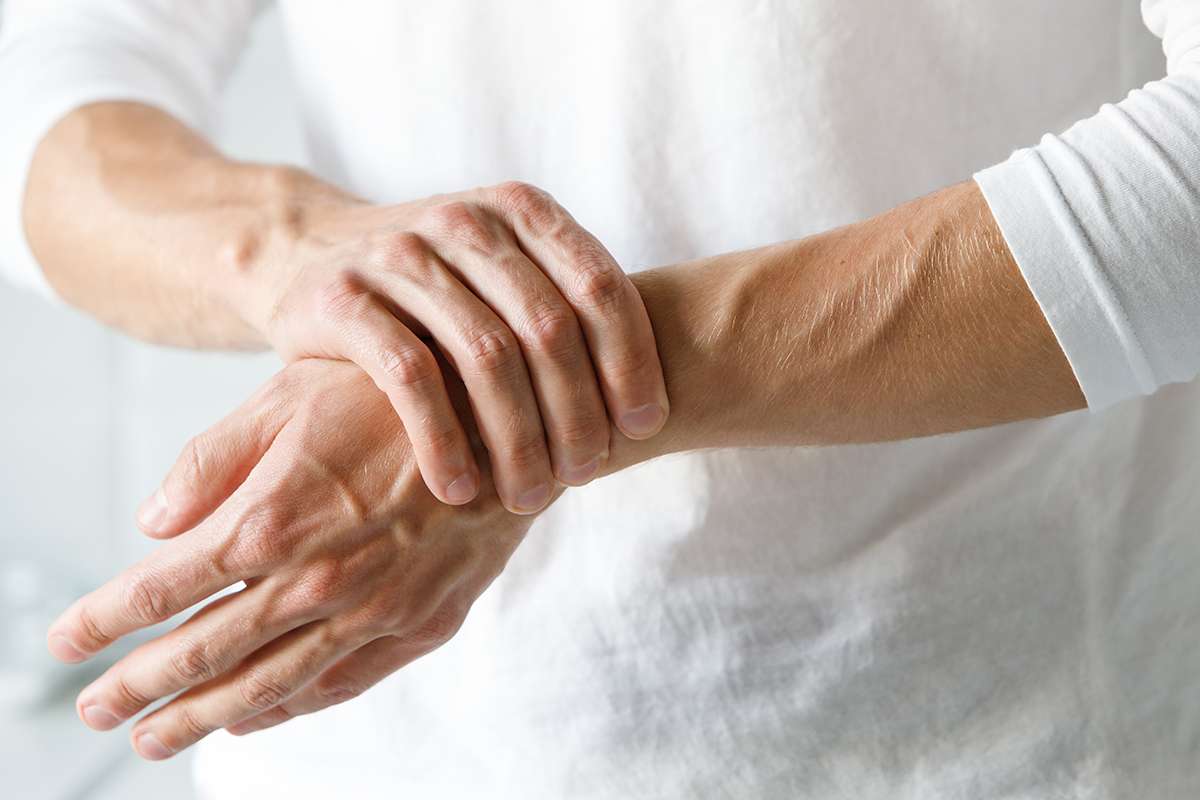 When people are diabetic, their kidneys have to work overtime to absorb and filter the excess glucose that’s built up in their blood. When your blood glucose levels reach a point your kidneys can’t handle, the excess sugar is secreted in your urine. That doesn’t just get rid of the problem, though; getting it out in your urine drags fluid out of your tissues, too, which makes you dehydrated. Since you feel thirsty as a result, you’ll have to use the bathroom more often.

The increased frequency and urgency of urination is called polyuria, and people often notice it because of an increase in how often they wake up in the middle of the night to use the bathroom. They may also catch themselves urinating in larger quantities when they do visit the bathroom. That urine often smells sweet or fruity in people with advanced cases of Type 2 diabetes.

If you notice you’re drinking more water but not feeling hydrated, or that you’re going to the bathroom more often but peeing out a larger volume of liquid, visit your doctor.

Some people are more susceptible to the development of diabetes. People with these risk factors should be on higher alert than the average person and should more urgently see a doctor if they experience any symptoms they’re even remotely concerned about.

Obesity is the number one risk factor for type 2 diabetes. Obese people are about six times more likely than those with a healthy weight to develop diabetes. The exact cause-and-effect relationship between weight and diabetes is scientifically complex and still being studied, but researchers agree it’s likely largely to do with fat cells releasing pro-inflammatory chemicals that affect insulin sensitivity. Lack of exercise can worsen weight gain and therefore impact diabetes risk as well. 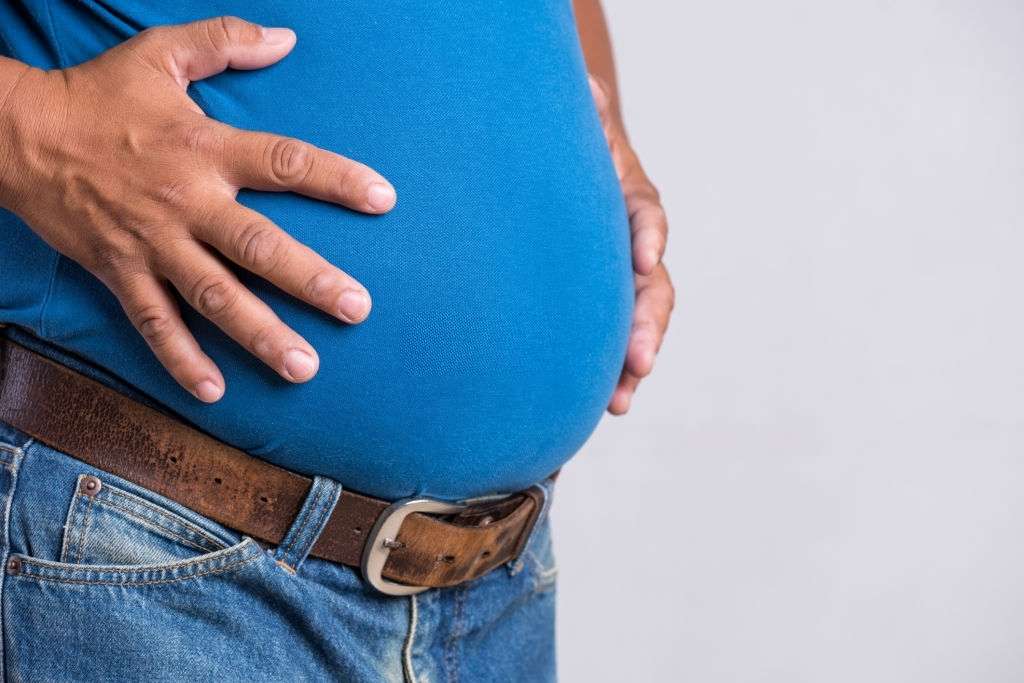 Type 2 diabetes can be developed at any age, even among children. However, it is significantly more common in people who are middle-aged and beyond. Type 2 diabetes used to be called “Adult-Onset” diabetes because it’s seen so much more frequently in adults – the rates of diabetes in adults aged 45 to 64 is nearly five times the rate for those aged 18-44. Nearly a quarter of all Americans over the age of 64 have been diagnosed with type 2 diabetes; even more, may have it and simply not be diagnosed. 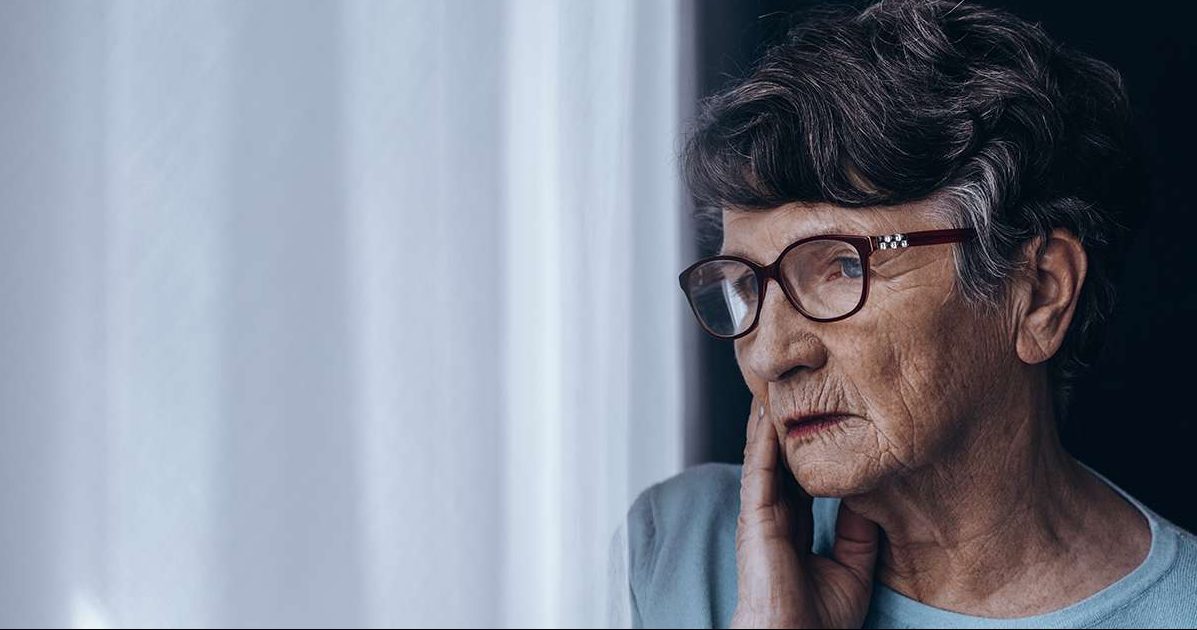 High blood pressure can damage the cardiovascular system, making your body more susceptible to the effects of diabetes. 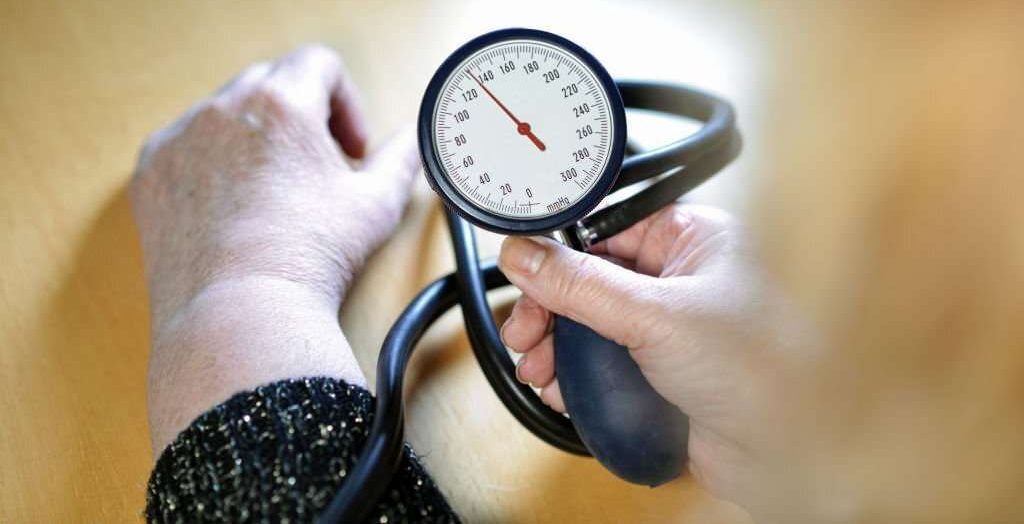 Diabetes is closely associated with a hardening of the arteries, which is worsened by low levels of “good” cholesterol and high levels of “bad” cholesterol. Your cholesterol levels can be tested to find out whether you’re in a range that should make you concerned about having a potential diabetes risk factor.

If you have a family history of diabetes, doctors say to keep a closer eye on yourself, since you’re statistically more likely to develop it too. Family histories of heart disease and stroke should also serve as warnings.

Although depression itself isn’t a sign of diabetes, it can lead to lifestyle choices and habits that make you more likely to develop diabetes. People with depression are more likely to eat unhealthy foods and larger quantities of food. That high caloric intake and surplus of fats and sugars can lead to weight gain, putting you at a higher risk of becoming diabetic. Depression also makes people less motivated to exercise, which compounds with unhealthy eating habits to increase the speed with which people gain weight. Some people who are depressed also turn to smoking, alcohol, and drugs to cope – all things which contribute to an unhealthy lifestyle and can lead to diabetes.

Another issue is that, like other diabetes symptoms, there’s a bit of a feedback loop. Depression can lead to habits that put people at higher risk of developing diabetes, but the symptoms of diabetes can also make people feel unwell or stressed, deepening their depression.

When to Plan on Regular Appointments

If you notice any of the major stand-out symptoms listed earlier in this article, you should make an immediate appointment with your doctor to discuss the possibility you may be diabetic. If you don’t have any of those symptoms but do have one or more risk factors that make you more likely to develop diabetes, you should make a point to have a check-up with your doctor at least once each year. The earlier you catch prediabetes, the better your odds of being able to quickly reverse it or not have to suffer some of the more adverse effects.

Those annual checkups should include certain blood tests on top of your regular physical. Blood tests can check for blood sugar levels, which will show signs of diabetes. A lipid panel will measure your cholesterol, so you know your ratios of good to bad fatty cells. Another important test is your A1c percentage, a measure of the glucose in your hemoglobin. That indicates how well your body is controlling its blood sugar. That’s a fantastic test since it shows what’s been going on for the past few months, rather than solely what your body is experiencing at that moment.

What to Ask Your Doctor

Sometimes when you’re surprised by a diagnosis, your mind can run blank. On top of that, if you don’t know much about the condition you’re experiencing, it can be hard to know where to start when it comes to questions – some people know so little about the topic, they don’t even know what to ask. Being informed and up-to-date about diabetes and your medical history will make any conversation about the condition go much more smoothly with your doctor. 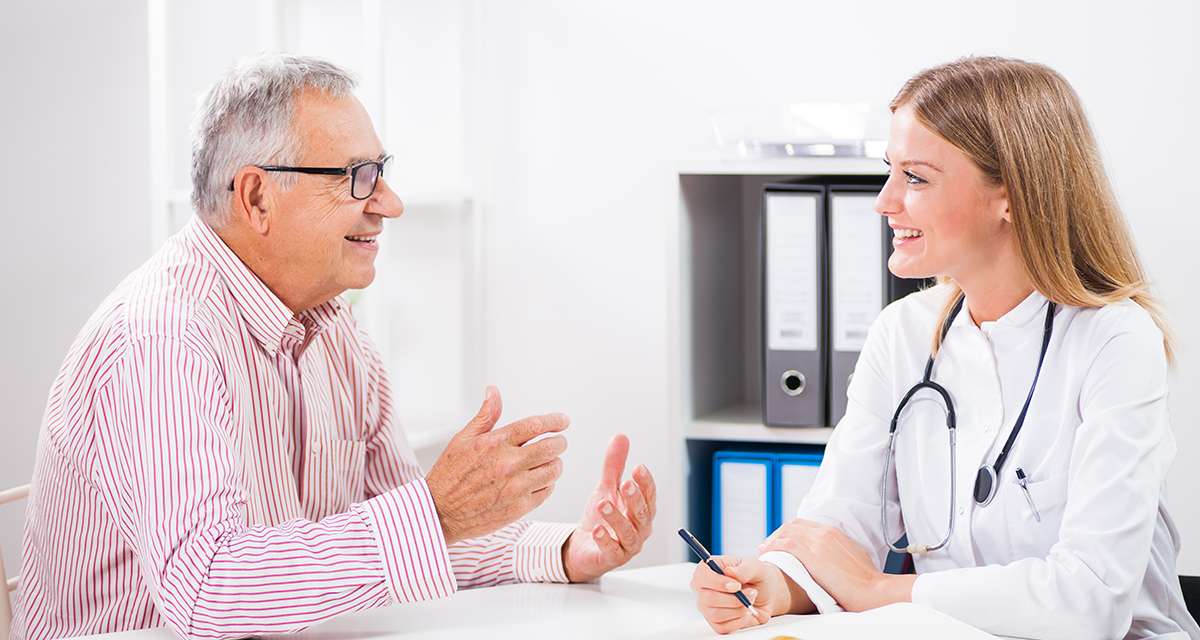